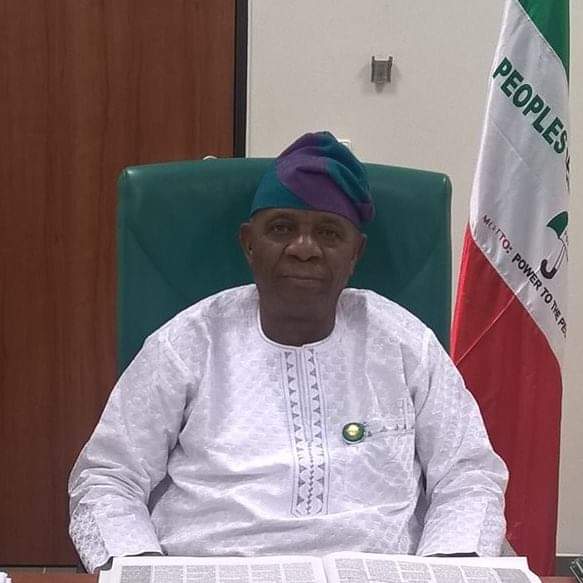 Hon. Awodumila, in a statement personally signed and released in his home Town, Ode Ekiti in Gbonyin local government on Monday 19th of July, charged pilgrims performing this year’s hajj to use the significance of the Arafat Day to pray for unity in the country.

“Today our country is passing through a difficult phase of nation-building occasioned by economic challenges, rising insecurity and threats to our corporate existence as a nation by the uncertain political atmosphere by actions of selfish politicians,” Hon. Awodumila said.

He advised Muslims across the country to promote and spread love among fellow Nigerians in order to consolidate the nation’s unity and said religion should be used as a means to advance love among the people.

He explained that diversity was not the cause of Nigeria’s problems but the attitude of citizens toward one another.

“The common interests that unite Nigerians are by far stronger than those petty factors that divide us,” he said, adding that diversity could be used to advantage.

He said that intolerance, extremism and bigotry, if unchecked, could threaten peace and unity in any country while peace and unity are the greatest assets that should not be taken for granted by Nigerians.

“During this festival of the feast, we should ensure that we truly imbibe the virtues of Prophet Ibrahim, who, in obedience to God’s directive, sacrificed his only son.

“Beyond the sacrifice, we should also not relent in praying for peace, unity and religious tolerance, which are essential to sustaining the glory of our dear nation,” he said.

Finally, he advised the Muslims to be law-abiding in all circumstances while praying to Allah fervently in their various places of worship to observe the physical distancing in order to reduce the spread of COVID-19 infection, if that is what the situation requires, to forgive our sins and heal the world from destructive and disruptive diseases.