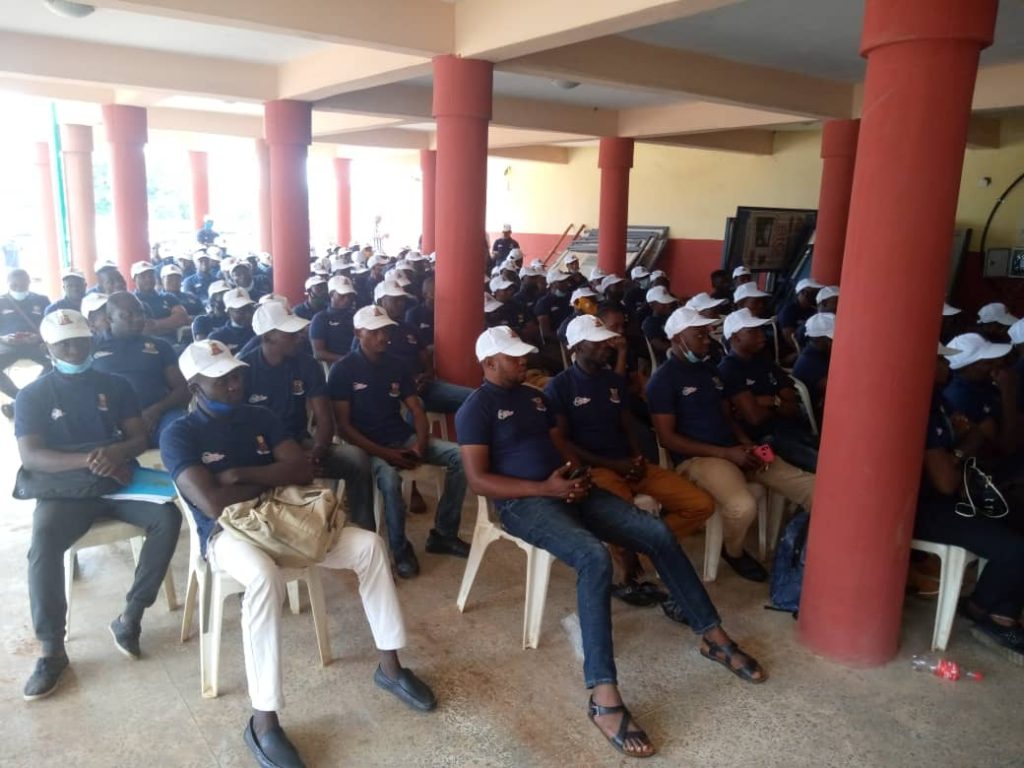 Following the successful completion of training about 204 participants on Renewable Energy with focus on solar power, the government of Oyo state on Thursday presented certificates and start-up tools to the graduands.

Governor Seyi Makinde represented by his Deputy Chief of Staff, Honourable Abdulmojeed Mogbonjubola, said that the training was part of the present administration’s commitment and resolve to ensure adequate human capital development especially, of its employable youths who are currently unemployed with a view to generate employment as well as reduce the overdependence on white collar jobs.

The Governor made the remarks during a Certificate and tools Presentation to graduands of solar power trainy held at the Ministry of Energy and Natural Resources on Thursday 15th of July.

The Governor also said that the present administration is particularly keen on providing unemployed youths with necessary vocational skills that will make them employable and productive members of the society.

The governor maintained that renewable energy is a gold-mine yet to be properly explored by both government and private sectors at all levels of government adding that the current power generation challenges in Nigeria has motivated Oyo state to look inward with a view to creating alternative source of generating electric power.

He urged the graduands to take the knowledge acquired from the training with all the seriousness it deserves as it was part of the state government’s strategic way of positioning the youths ahead of the emerging global ICT market.

Also speaking, the Executive Assistant to Oyo state Governor on Administration, Reverend Idowu Ogedengbe, said that the present Government is passionate about reducing youths unemployment in the state, adding that such will also curb youths restiveness in the state.

“One of the Governor’s passion is reducing youth unemployment in the state. We’ve been doing that through quite a number of means, we engaged some through direct recruitment into Oyo state civil service, TESCOM, Oyo state hospital management board, and we also had recruitment into the ministry of education.

“But the truth is there’s not enough space for the state state to be able to absorb the teeming unemployed youths. The best alternative is to see how we can build capacities and empower the youths in order to be able to create and provide employment for themselves.

“So it is very critical, and even to critical infrastructures and we know the state of power in Nigeria today. But in order not to depend solely on national grid, this off-grid solar power training becomes a veritable alternative to empower our young people to enable them create necessary jobs and become financially independent,” Ogedengbe said.

Speaking earlier in his welcome address, the Special Assistant to Oyo state Governor on Energy and Natural Resources, Mr SAKA Moshood Olawale, expressed gratitude to Governor Seyi Makinde for his unprecedented level of commitment and dedication towards taking employable youths in the state out of poverty net by investing on the human capital development program adding that the program will readily compliment the Light up Oyo project.

Saka said: “The decision to train Oyo State residents on Renewable Energy was a delibrate attempt by the present Governor Seyi Makinde-led Government with a view to creating enabling platform for qualified unemployed youths to key into the emerging global ICT market in alternative power generation sources.

“As a program designed to empower human capacity, we have gone a step further in our drive to adequately motivate our successful graduands after a 6 day per zone intensive training by providing the basic tools needed for an immediate start-up after the training.

“Your Excellency, I must state very clearly that without the express approval of His Excellency, Governor Seyi Makinde, this idea would not have seen the light of the day and the governor’s approval further attests to the genuine commitment of this administration to improving the quality of life of residents in the state without any recourse to ethnicity, religion, or political coloration of any form.

“I want to commend our graduands for their conduct and manner during the training program and for their level of commitment and concentration during the training which was why the process has resulted into this magnitude of success, and without doubt, I can only charge them to deliberately position themselves for the emerging global ICT market.

“At this juncture, this address will be incomplete without specially recognizing the vital role played in the overall success of this program by acknowledging a father figure to me personally, the Permanent Secretary, Ministry of Local Government and Chieftaincy, Alhaji. XYZ, the Coordinator of all the Head of Local Government Authorities, Alhaji ABC and others time will not permit me to mention one by one.

“It is my sincere believe that Oyo state under the able leadership of Governor Seyi Makinde is already sailing on the path to real economic growth and with concerted efforts from all of us in complement to the giant strides of this present administration towards making Oyo State a truly pacesetter’s state, Oyo state will soon become a source of global pride.

“I congratulate all our graduands and wish them best of luck in their future endeavors while thanking you all for listening.”