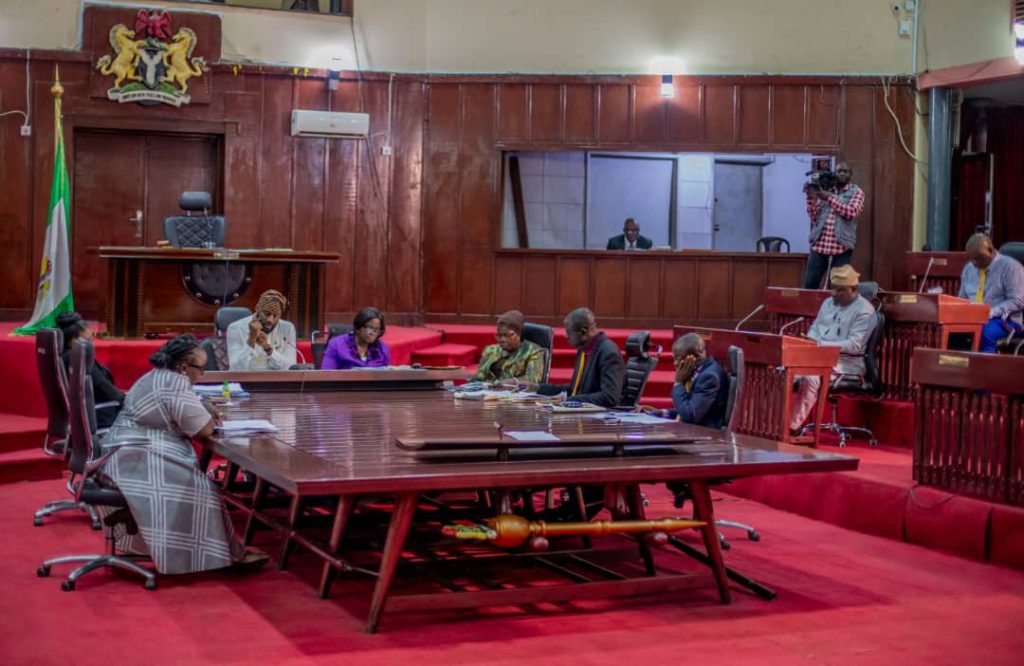 The much talked about independence of the Judiciary will soon become a reality in Oyo State as the State House of Assembly Thursday passed the Judiciary Funds Management Bill, 2021 into Law.

The Bill is a prerequisite for the implementation of the financial autonomy for the State Judiciary.

The passage of the Bill was sequel to the presentation of the report of House Committee on Finance and Appropriation by its Chairman, Hon Akeem Mustapha, (Kajola).

The Lawmakers at the Committee of the whole House considered the Bill Clause-by-Clause before it was passed.

The Speaker, Hon Adebo Ogundoyin said the Committee and the entire State Legislature were painstaking in their deliberations and considerations of the Bill.

According to the Speaker, the Bill is meant to ensure the independence of the Judiciary from the other arms of Government.

He said ” This is another milestone in the history of the Oyo State House of Assembly. We are happy that the Bill has been passed. This will save our Courts from all forms of influence from other branches of Government. It will strengthen the Courts. Judicial independence is no doubt important to the idea of separation of power. The absence of autonomy has made it practically impossible for the judiciary to perform its duties without fear or favor. “

The Speaker maintained that the passage of the Bill will ensure separation of power and described as victory for JUSUN.