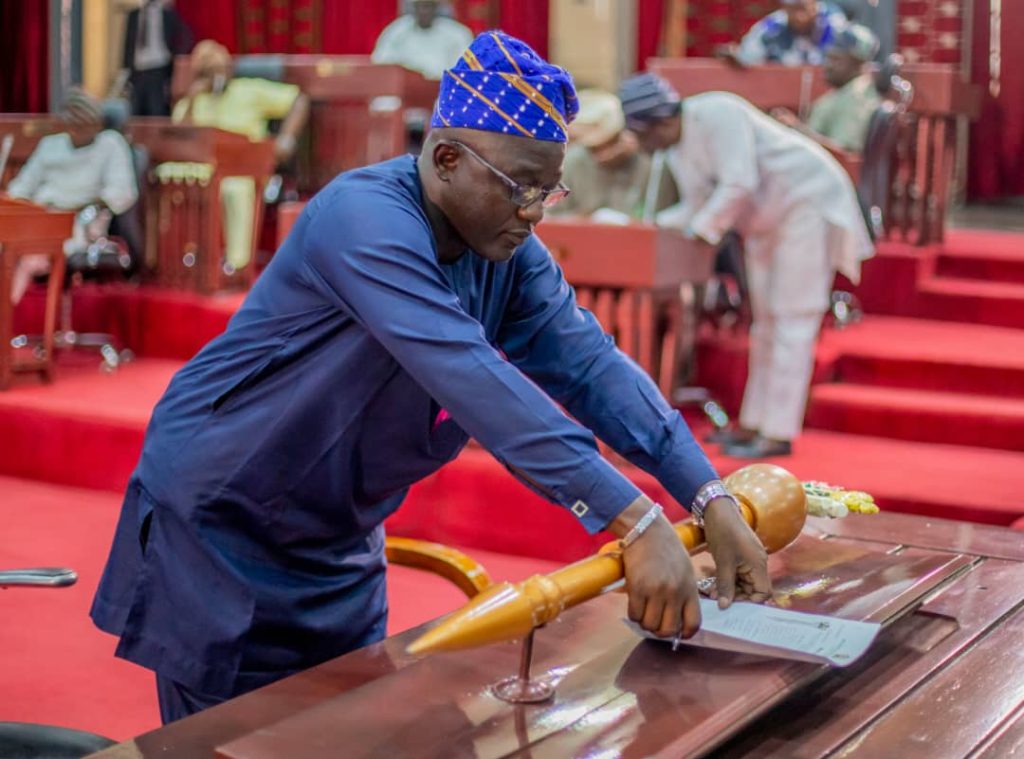 As part of major condition for the implementation of financial autonomy for State Legislatures across the Country, the Oyo State House of Assembly has passed its Funds Management Bill, 2021 into Law.

The Chairman House Committee on Finance and Appropriation, Hon Akeem Mustapha, (Kajola) had earlier presented and submitted the report of the Committee on the bill before the House.

The bill was later read and considered clause-by-clause by the Committee of the whole House after which it was read for the third time and passed.

The Speaker while addressing the Press shortly after the passage of the Bill said it was meant to ensure accountability, transparency and efficient utilization of funds accruing to the Oyo State House of Assembly from the consolidated funds of the State.

“We are happy that we met up with the deadline. We had a forty-five day deadline. That’s why we did everything possible to scrutinize the bill thoroughly. And I can assure you that it was all inclusive. We are very happy with the Bill as it will strengthen the Legislature. With Legislative independence comes more responsibilities and this will be followed by more positive and outstanding results. Surely , the whole Oyo State House of Assembly is excited about the passage of the Bill. “

Hon Ogundoyin stated further that the Legislature was optimistic that the Bill will be assented to by Governor Seyi Makinde very soon.

The Bill which is meant to enhance and ensure proper management of the income and expenditure of the Legislature is being deliberated and considered by State Houses of Assembly across Nigeria.

When it becomes operational, the Funds Management Law wi give total freedom to the State Legislatures and put an end to their dependence on the Executive arm of Government.

It will also guarantee the rule of law, and enhance the concept of separation of power.