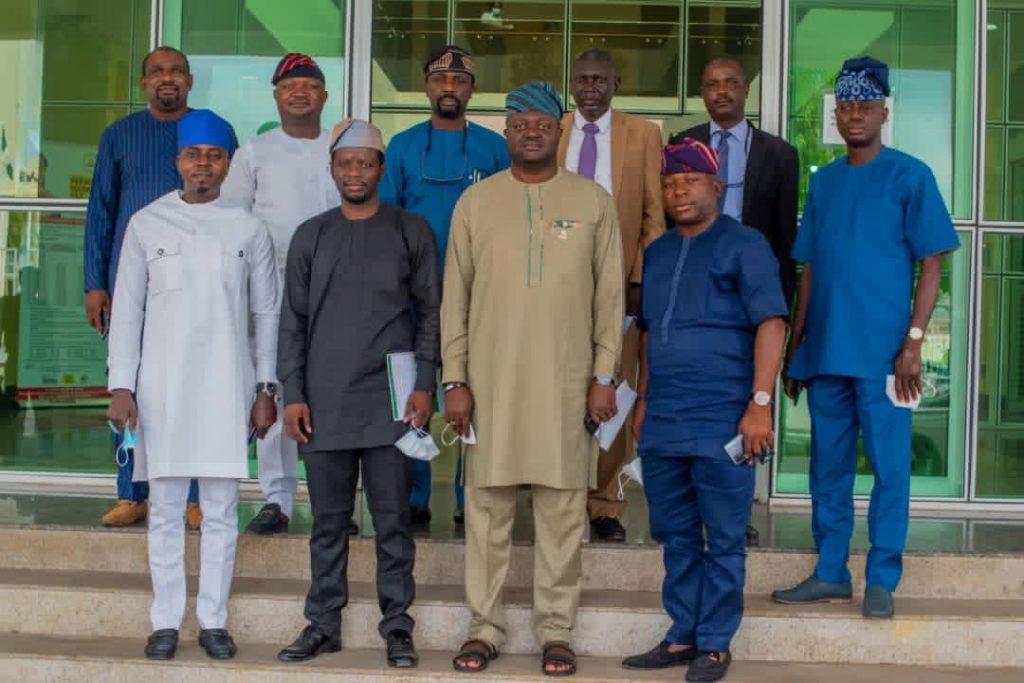 The Chairman, Inter-Parliamentary Relations, Ekiti state House of Assembly, Hon. Adeoye Stephen Aribasoye hosted the leadership of the Committee from the various Houses of Assembly in the Southwest states of Nigeria to the maiden meeting.

The Chairmen and members from various states observed plenary at the floor of the Ekiti State House of Assembly after which they had an interactive session with the leadership of the house under Rt. Hon. Funminiyi Afuye .

The lawmakers session focused on, Synergizing towards harmonious relationship among Southwest legislative houses.

Members of the forum visited some of the ongoing projects in Ekiti State and later on paid a courtesy call on Ekiti state governor, His Excellency, Dr. John Kayode Fayemi at his office.

It is to be noted that the Committee is saddled with various responsibilities, among included :

Studying, analyzing and suggesting improvement of the Charters of Inter Parliamentary Cooperative groupings of which the House is a member as well as finding other ways by which the State Legislature shall exert itself upon.

Recommending to the House the formation of, and entry into, any new Parliamentary groupings.

Ensuring the maintenance of harmonious and productive relations between the State Assembly and other parliaments.

While briefing westerndailynews reporter on phone, Akinajo said the outcome of the
Southwest Inter-Parliamentary Relations Committee Forum held in Ekiti would be made known to the general public soon.