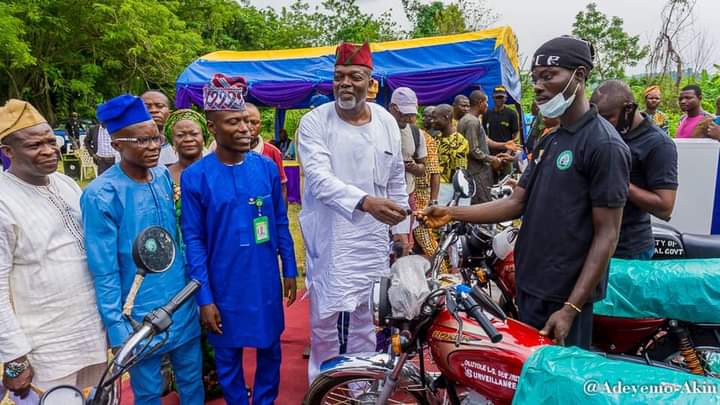 Speaking during the programme, Hon. Settle Olaide said; “As it is constitutionally obligated to the government and statutorily legislated that the fundamental purpose of government is the need to protect the lives and properties of our dear people is the pillar that determine the failure or success of any government as it is the political barometer that weights the strength of delivery of every government across the three (3) tiers of the federally consummated state”

The mandate giving to OSST is to provide:

a. Twelve new Bajaj model motorcycles for patrolling and surveillance. The Hon Olaide Settle led government has also entered into an MOU with petrol filling stations for the purpose of fuelling the motorcycles for efficient service delivery.

b. Walkie talkies of 12 Kilometers range for information and intelligence gathering.

d. Uniforms for 72 personnel of OSST

Earlier in his own speech at the occasion, Chief Luqman Oyebisi Ilaka added that security of life and properties remains the priority of his excellency, Engr. Seyi Makinde, in securing the state, thereby exploring local intelligence in policing our local area and the state at large.

He further commend the effort of the council Boss, Hon. Settle Olaide for carrying out the wishes of the governor, in establishing his local initiatives, tagged “Oluyole Security Surveillance Team”.