Despite Austerity, I’m Still Wondering How Makinde Has been Paying Workers Salaries—Alaafin of Oyo 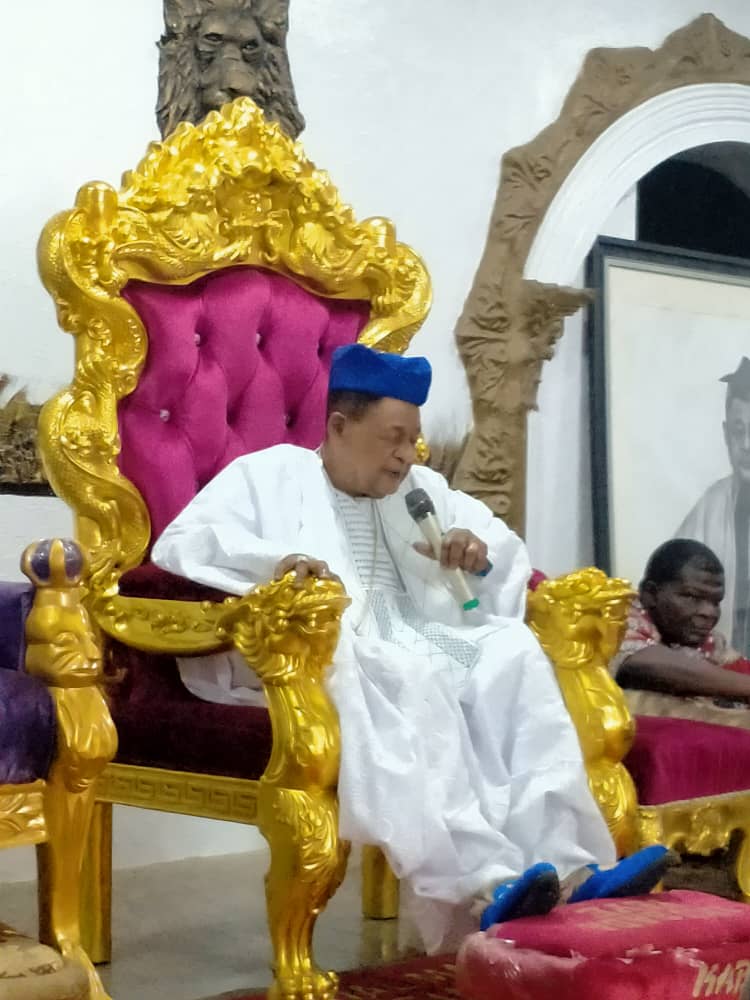 The Alaafin of Oyo, Oba Lamidi Olayiwola Adeyemi III, has lauded Oyo state Governor Engr Seyi Makinde for running masses and workers friendly government, stressing that despite the austerity measure being experienced by most states in the country, he is still marvelled at how Governor Makinde has been paying workers salaries regularly since his assumption of office.

The Monarch gave the commendation while receiving the delegation of the state government, led by the Special Adviser to Governor Makinde on Tourism and Culture, Hon Ademola Akeem Ige in his palace today.

Oba Lamidi Olayiwola said aside prompt payment of workers salaries, other various developmental projects like the newly commissioned Akesan Ultra modern market and others embarked upon by the governor in Oyo town has distinguished him as top leader among his equals in the country.

Oba Adeyemi, described the initiative by the government as a good move to empower weavers and marketers of Aso Oke in the state and to further expose their products to the outside world.

He, however charged the parties involved to be partners in progress for the programme to see the light of the day.

Speaking earlier at the palace of Alaafin, the Special Adviser to the Governor on Tourism and Culture, Hon. Akeem Ademola Ige said the essence of the visit was to intimate the monarch about the initiative of the government and to receive his blessings towards the successful of the programme.

Hon. Ademola Ige said the programme was part of governor Makinde’s initiative to empower the local entrepreneurs, in order to showcase their products to the outside world,

He added that the loan is soft one that would not involve any collateral whatsoever.

The delegation later moved to the Atiba Town Hall where members of the association were addressed and their profiling was carried out by staff of the Sterling bank plc led by its Regional Manager, Ms Funke Usalum and other top officials of the bank.

Also in his remark, the Chairman of Oyo East local government, Hon. Saheed Arowosaye said that the loan when disbursed, would have tremendous impact in the business of the members of the association who have been facing financial challenges to boost their productivity before now.

The Chairperson of Atiba local government, Hon. Kafilat Olakojo lauded Governor Makinde for bringing dividends of democracy to the people of Oyo town especially the traders.

Hundreds of beneficiaries at the programme who could not hide their joy appreciated the state government for facilitating the loan for them.

The association promised to compensate Governor Seyi Makinde and his party, PDP with massive vote during the 2023 general elections.

The Chairman of Ofi Weavers and Marketers Association, Oyo zone, Mr Raheem Abimbola Waliu appreciated the Oyo State government and Sterling Bank for the opportunity and assured them that the loan would be judiciously used for the purpose it was meant for.