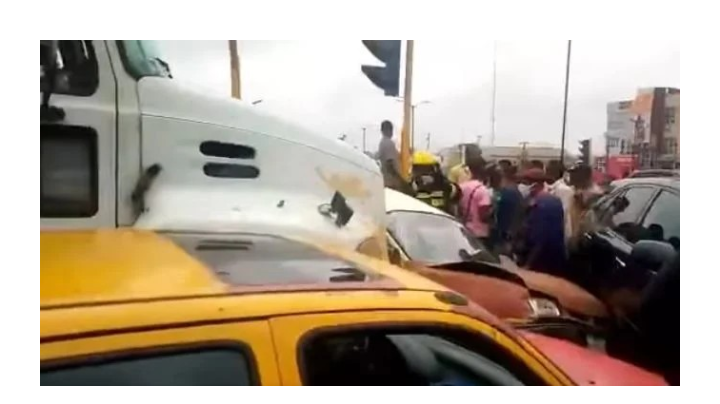 A tanker conveying fuel has reportedly crushed six cars, today at the Challenge area of Ibadan, the Oyo state capital.

According to an eyewitness report, no life was lost in the accident that occurred around 7 am this morning,  while the affected cars were waiting for the traffic light to give the signal for movement.

Recall that this is the second tanker related accident in two weeks after a gas tanker crushed some people to death at Bere market square in Ibadan.

The State government in a bid to curb the unnecessary loss of lives and properties to truck and road crashes has revealed plans to limit truck movement to night time and dedicated routes.