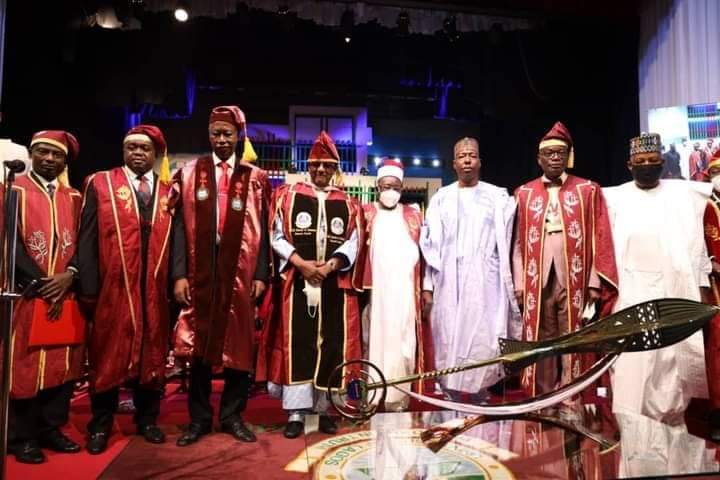 Zulum made the announcement on Thursday when he led Borno’s delegation to attend Alhaji Muhammadu Indimi’s Conferment of doctorate degree by UNILAG.

Zulum while commending the management and staff for their continued support in areas of research and innovation, Zulum has noted UNILAG’s consistency in maintaining academic excellence.

Zulum stated “we will raise the bar for good governance Allah willing”.

The Vice Chancellor of the University Professor Oluwatoyin T. Ogundipe assured the public that the University of Lagos will continue to do its best in moudling the right kind of graduates required to build the nation and make Nigeria proud.

The VC said, the three day Convocation ceremony culminates on the graduation of a total of 15,733 students comprises of first degrees and postgraduate degrees.

He also thanks the Governor of Borno State Professor Babagana Umara Zulum, Senator Kashim Shettima and other dignitaries for attending the occasion.

His Royal Highness Alhaji Dr. Abubakar Ibn Umar Garbai Al-Amin Elkanemi Shehu of Borno and Chancellor of University of Lagos and Alhaji Aliko Dangote were among the dignitaries that attended the ceremony.