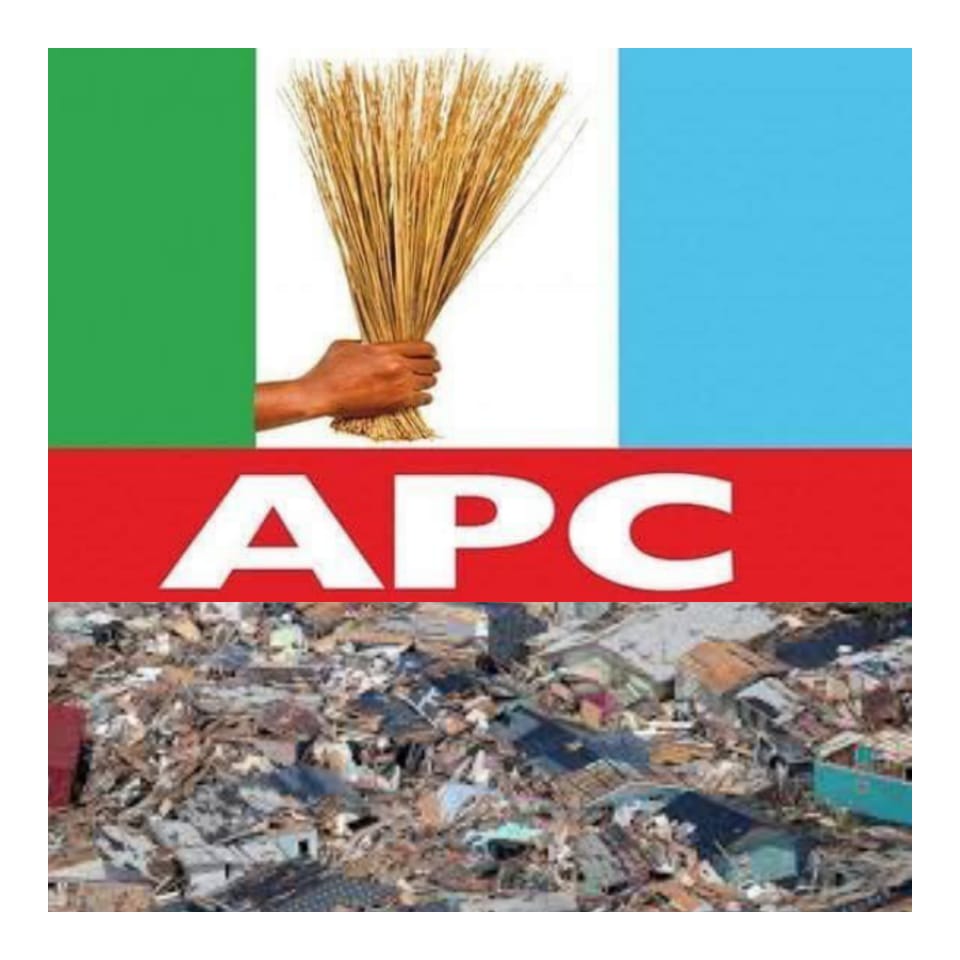 When I heard of a merger of parties across the country that was going to happen in a bid to provide a new form of leadership within the political space, I became more interested in partisan politics. The All Progressives Congress (APC) was a main stop for many people who were interested in building a nation. Except that the founding ethos of the Party was centred on removing the People’s Democratic Party from power.

The major problems confronting the Nigerian state were largely ignored. The leaders resigned to bogus promises of liberation, food-for-all and extra thousands of jobs.

Today, the result is a monumental failure: Nigerians have been gagged further with the random bannings and censorships. It looks like the FOI Act has been repealed. Food is scarce for all and more people have lost their jobs. Indeed it is a time of austerity for Nigerians. But beyond that, the APC has leadership problems. Our Party is a party that cannot organise itself. From state to state and from one crisis to another, the Party drags along like a giant on weak legs.

In Oyo, where I do my politics, I had been keenly observing the progress of an imminent disaster. While the ringleaders may be hopping around like all is well, the Party’s electoral future is roasting under the hot sun of a nearly assured PDP victory in 2023 and beyond. All is not well with the broom Party which is growing shorter by the day from the self-destructive ambition of the ranking members. The broom will sweep more scanty votes than 2015 in the State if care is not taken for a presentable candidate to emerge.

The dangerous joke to give the Party’s ticket to an unsellable candidate is a guarantee for sure loss, especially now that Seyi Makinde has sustained a seemingly unbeatable rating hitherto unknown in the State. There are four candidates but there is one fit candidate.

Of those who have been praising the works and deeds of former Senator Ajimobi, it will be unfair to limit his legacy to infrastructure. We all know his choice for succession was Tegbe, a successful industrialist. Adelabu was simply another attempted imposition on the region by the Tinubu political empire. Woefully, the Party lost as a result of that machination. I can boldly say that had Tegbe been allowed to run, Oyo would have remain an APC state. He was both publicly and cerebrally positioned. One misfortune was the insistence that he is from Delta State, although Oyo people simply shrugged that off as they expressed their love for him. He has since proven his indigeneity by becoming a Mogaji. The other misfortune was the failure to see what Senator Ajimobi was seeing. The loss of the Party was a result of the wrong candidate who was forced down the throat of the Party structure.

The wrong choice was Adegoke Adelabu. He was wrong from the beginning and it ended up being true that he is not fit. Ibadan does not broach arrogance in public spaces. People don’t look you in the face before stoning you with insults. In short, Oyo does not tolerate arrogance. But Adelabu is sickeningly arrogant. First, he was chosen over 10 other candidates. Second, he was not a Party man. He admitted how far away from the Party he is. Strangely, after he got the ticket, he refused to go talk to those who had lost to him. Who wants such a man to be Governor?

Senator Teslim Folarin is only an APC member for the sake of it. His root is in the PDP. Perhaps the new character of the PDP has displaced his likes permanently from the leadership rank. He is from the political household of the PDP. Indeed, he’s a leftover from PDP. I hope Abuja is aware of this. I particularly distrust him to be a progressive. Granting the progressive ticket to him is going to have a disastrous consequence. In all his three terms as Senator, little achievements have been recorded. Little. He has influenced the Buhari government on nothing either. Who wants such a man to be governor?

While I insist Tegbe is the fit candidate, Laolu Akande is capable of uniting the progressives. Without holding an elective post, Akande who is a Professor of political science and a former major newspaper’s editor has been able to secure huge advantages for Oyo people across board. Much more than our Old Major Teslim Folarin’s hundred years in the Senate would not emulate. The problem is, Prof is not a grassroot man and is not in possession of sufficient popularity to be electable over the incumbent Governor. If he is made the Party candidate, there must be an immediate preparation for 2027. He would be routed. The Makinde hurricane is a present threat.

Take note, Makinde is not weak. Not on any side. Let alone among the electorate. He is becoming stronger. Give it to him, the Governor is a huge success story for the umbrella party. In spite of the desertion, Makinde has become the proverbial baobab tree. The people love him and I do myself. Unless a candidate like Tegbe, who was unofficially Ajimobi’s economic adviser, emerges with the potential to improve on the achievement being recorded in Oyo and restore confidence in the Party a lot of us will not support the APC come 2023. This is a warning. Many people are thinking that way too.