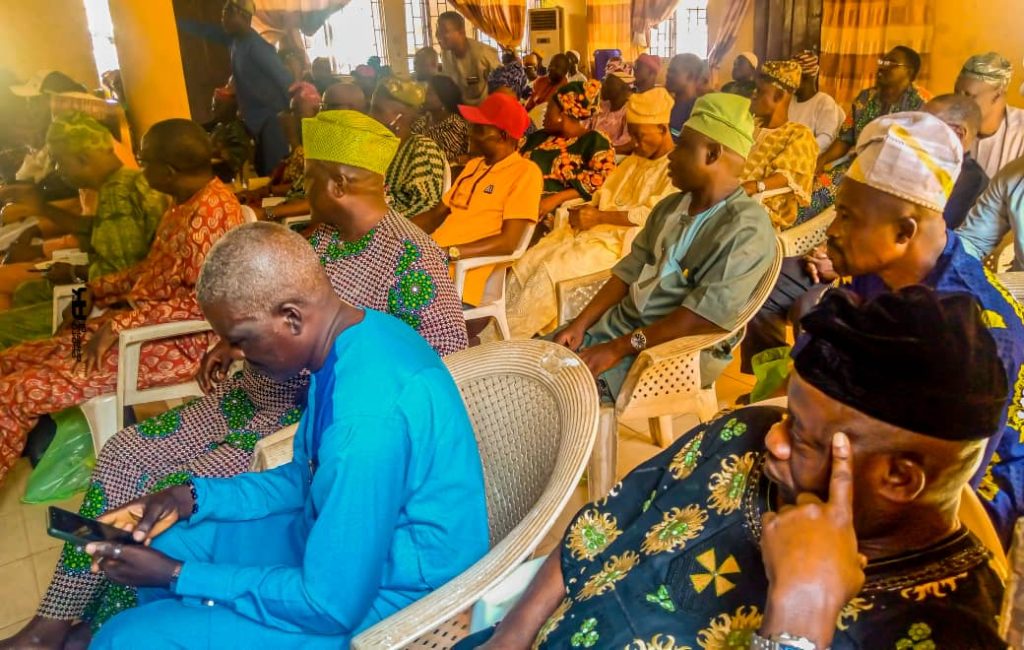 Party Stakeholders of Ibadan North Local Government Area of Oyo State have lauded Governor Seyi Makinde’s performance for the past two years, describing it as phenomenal.

They made the declaration during an enlarged stakeholders’ meeting hosted by the executive chairman of ibadan north local government, Hon. Yusuff Sahib Oladayo, held at the Local Government Council Secretariat, where they passed a vote of confidence in Makinde.

The leaders declared their total support and unwavering stand with the Governor “in his political direction come 2023.”

The stakeholders at the meeting took turns to eulogize the governor for his equitable distribution of projects across the State.

A communiqué issued after the meeting was signed by Hon. Seun Adelore on behalf of the party to the press …

“The leaders and the entire people of Ibadan north are unanimous in our resolve to use this opportunity to express our profound gratitude to the Governor of Oyo State for his numerous people- oriented projects in Oyo State, particularly Ibadan North Local Government.

“We are not oblivious of the Governor’s life-changing and transformational projects in other parts of the state and for these, we are in concordant that His Excellency has kept his promise to the people of Ibadan North and Oyo State.

“The Party leadership and the good people of the local government area, reaffirm our unflinching, unwavering and unalloyed support, solidarity and loyalty to the Oyo State government ably led by His Excellency, Engr. Seyi Makinde, Governor of Oyo State.

“That the party leaders, and the good people of Ibadan North local government area are satisfied and indeed very grateful to His Excellency for the cordiality he maintains with our representatives and other political leaders from Ibadan North local government area and the gratifying reports from the leaders to the effect that His Excellency loves ibadan north and desirous of leaving ibadan north better than he met it.”

They declared that, “In the light of the above, The party leaders and the people of ibadan north local government hereby convey to the Governor our vote of confidence in both his person, party leadership and the government of Oyo State, led by Engr. Seyi Makinde

“His Excellency’s peaceful disposition has indeed brought unity amongst our people. We therefore queue behind His Excellency, the Governor of Oyo State, Engr. Seyi Makinde as the highest political leader in the State for his continuous direction of our political affairs.

“While thanking God for the gift of Governor Makinde at this material time, we appreciate him for living up to his promises to the people, once more, we reaffirm our support to him as the highest political leader in Oyo state as at today, hence our continuous support.”