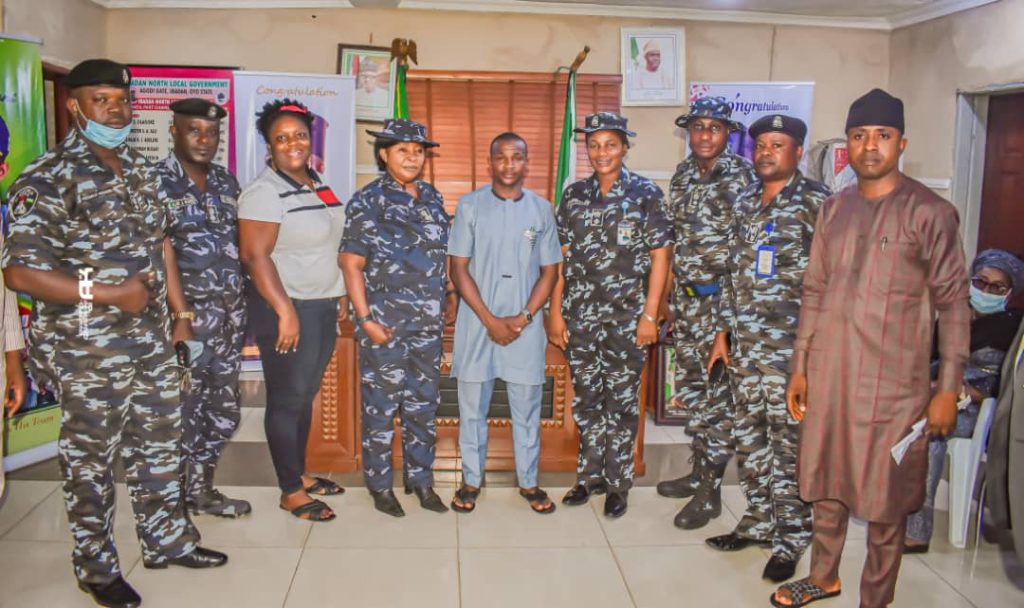 Agba Egbe who said this after a meeting with heads of security agencies, including

He said : “ Today, we had a closed door security meeting with all the heads of security agencies which comprises the Police, Department of State Service (DSS), National Civil Service Defense Corp(NCSDC), Amotekun Corps, Vigilante, and also the Immigrations here at the council Secretariat.

“ The meeting concentrated on the strategic engagement of critical stakeholders to discuss issues of security as they affected individual communities and the local government at large.

“ During the meeting, special security plan was mapped out to fight insecurity within and around ibadan north local government because of its geographical location sitting in the heart of ibadan.

“ I am pleased to state that far-reaching decisions were made at the meeting with the heads of security outfits present at the meeting, especially on reinforcement of personnel and improved strategy to effectively combat crime.

“ I enjoin the people to volunteer credible and timely information to the security agencies to enhance proactive actions being taken in curbing the menace of insecurity.

“ We must expose every bad egg in our communities, even if they are our relations, including our biological children.

“ It is our responsibility to report suspicious movements in or near our communities. We cannot keep blaming the government and security agencies while people hoard valuable information.