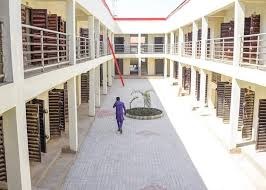 Following the first batch released on 22nd of June 2021, for the allottees of ultramodern Akesan Market, the second list made available to market traders today, by the executive chairman of Oyo East local government, Hon. Arowosaye Saheed Adeyemi.

According to the released by the council Boss, he said ” In follow to the first batch of allottees for both lockup shops and open stalls at the Akesan Ultramodern Market, below is the “Second Batch” of the list of allottees, the list will be made available at the council secretariat and Akesan ultramodern market.

“On behalf of the government of Oyo East Local Government, I congratulate the allottees”.

“Note: if you have any complaints kindly visit Oyo East Local Government Secretariat with the original documents”. he assured

Check names of second batch beneficiaries from the list below;