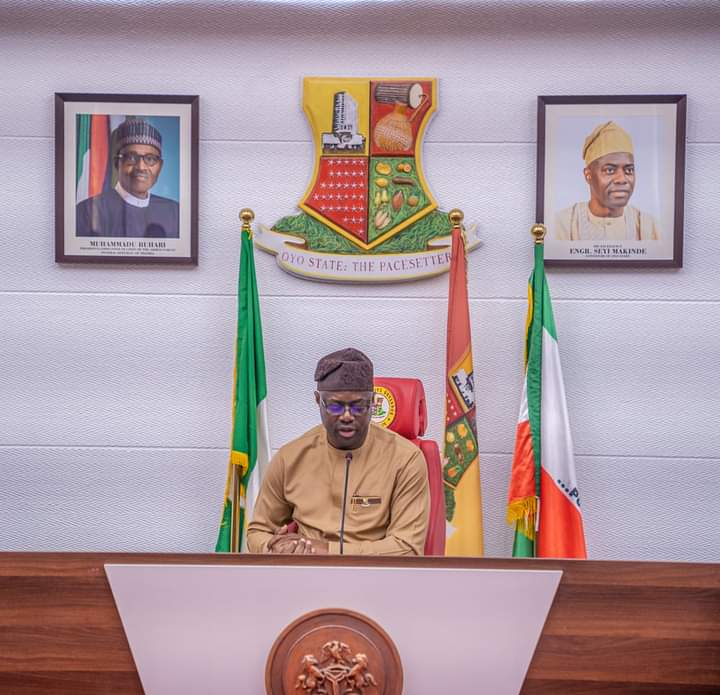 ….Gov Makinde has Saved Over N100b for People of the State

The Government of Oyo State, on Saturday, explained that the recent award of the construction of 110kilometres Ibadan Circular Road for N138.2 Billion is a better bargain for the people of the State than the expired 32 km contract awarded by the immediate past government at the cost of N70bn.

It noted that at the cost of N138.2 billion for the entire 110 kilometres stretch, the state government has saved about N100 Billion, adding that those creating controversies around the recent award of the contract are doing so purely for mischief.

Going by simple logic, the 110kms, broken down into three, would be, at least, 36kms each. Therefore, the past APC government that awarded just 32kms for N70billion would as well have awarded the entire 110kms for more than N215b, besides the inflationary trends of today.
The government equally called on members of the public to discountenance half-baked and uninformed criticisms over the award of the contract to SEL-Vydra, a consortium.
Uninformed sources and opposition elements had been criticising the contract award, stating that SEL-Vydra was registered less than two months ago.

Therefore, the state government, in a statement signed by Mr. Taiwo Adisa, Chief Press Secretary to Governor ‘Seyi Makinde, said that efforts to portray the process as flawed were based on ignorance and lack of information on processes for awarding contracts to consortia.

The statement read: “First, the choices before the people of Oyo State are clear. It is between the award of a 32-kilometre first phase of the Circular Road for N70 Billion to an old company that did 3kms in three years, and the award of the entire road spanning 110 kilometres for N138.2 billion, using a Special Purpose Vehicle and a promised delivery of the first phase before the end of the tenure of the administration in 2023.

“Second, the controversies being raised about the length of time SEL-Vydra was registered before it got the Circular Road project should not have arisen if the people spreading the misinformation had bothered to seek information.

“SEL-Vydra is a consortium of companies coming together for the purpose of the concession. It is a Special Purpose Vehicle (SPV) that involves the coming together of different companies already registered with the Corporate Affairs Commission. So, the registration of the SPV should not be a source of any controversy.

“Concessioning involves a process whereby the SPV is incorporated to warehouse the investment of the parties, and in this case, the entire investment of OYSG and SEL-Vydra.
“We didn’t have the Ibadan Electric Distribution Company (IBEDC) in existence long before the privatization of Power sector. It came to being for a transaction. That’s how concessions are done.

“Similarly, LCCI was not a company in existence long before the conceptualization of the Lekki Toll Road, it’s a child of the project.
“For the umpteenth time, we would like to encourage persons who may wish to dish out information for public consumption to seek adequate information and knowledge before pushing out such information, because journalism is about expanding the frontiers of knowledge and the search for truth.

“The government of Governor Makinde is an open and transparent one put in place by the people of Oyo State and it will only seek projects and implement policies that will serve the interest of the people and add value to the state. The Ibadan Circular Road, like many infrastructure development projects already embarked upon by this government, is in this bracket.”