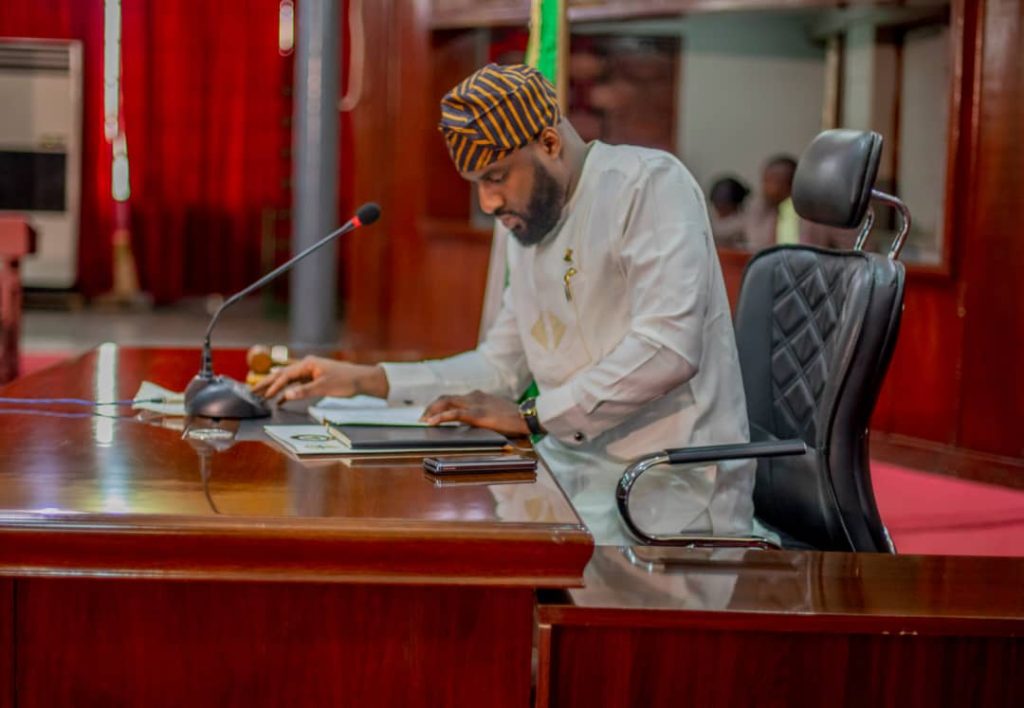 The Oyo State House of Assembly on Wednesday passed the Oyo State Audit Bill, 2021 into Law.

The passage of the bill was sequel to the presentation of the report of the House Committee on Public Account, Finance and Appropriation by its Chairman, Hon Akeem Mustapha (Kajola).

The bill will among other things see to the establishment of the Oyo State Audit Commission.

The Speaker, Oyo State House of Assembly, Hon Adebo Ogundoyin who led the House on a Clause by Clause consideration of the bill said, it would also make provision for the appointment, condition of service, functions and powers of the Auditor General of the State and Local Government.

“The bill will ensure accountability and transparency in governance and in handling of public resources. This is why it was expeditiously passed by the House. It will further see to the checks and balances of the spendings of Government”
The Speaker said.

Speaking with newsmen shortly after the passage of the bill, Hon Akeem Mustapha said the essence of the Oyo State Audit Bill is to give room for the Auditor General to perform his/her constitutional roles effectively.

According to him, the Auditor Generals for State and Local Government had before now been made redundant hence the bill when it is assented to by the Governor will make them to check the excesses of those in public offices.

“Before now there was no Law that made provision for the smooth running of the activities of the Auditor Generals. This is the first time the law will see the light of the day in Oyo State and we have to thank Governor Seyi Makinde for this. I am therefore convinced that the bill will be assented to by His Excellency pretty soon.

“The Auditor Generals are not supposed to be under the control or interference of either the Executive, Legislature or the Judiciary. They are supposed to stand on their own and be autonomous. ” Hon Mustapha said.“`