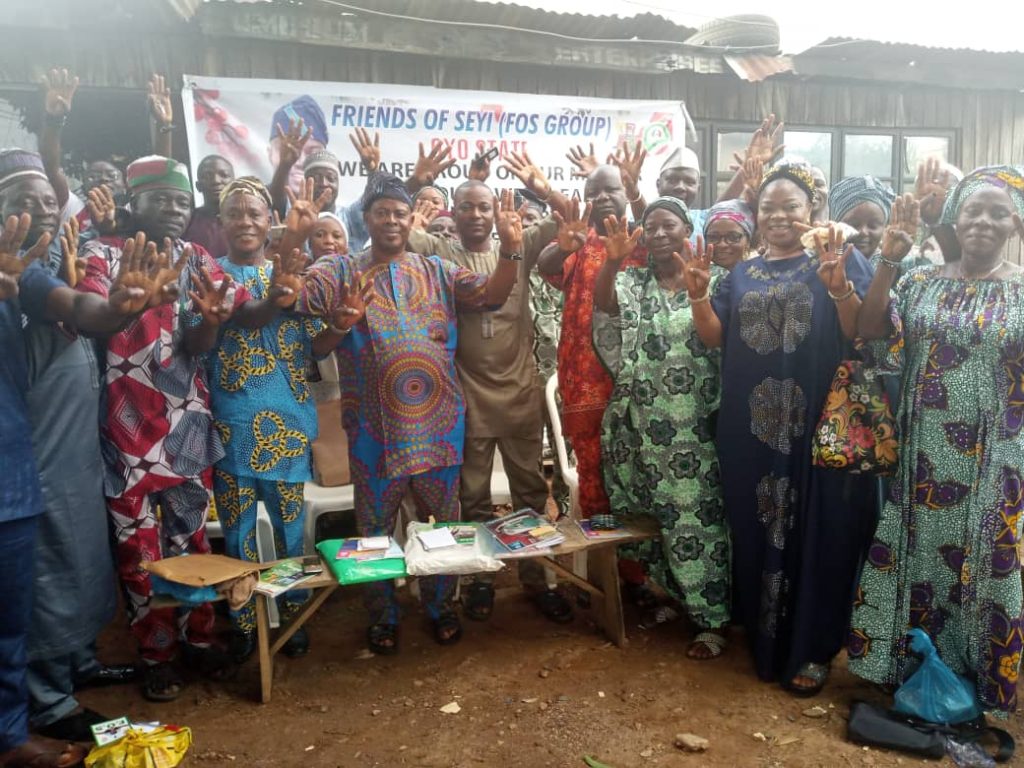 The renowned group said that Makinde has been fair with the delivery of dividends of democracy in the state.

According to the group leader, Mr Aderibigbe Ismail Olalekan, said, the administration of His Excellency centered on Education, Health, Security and Expansion of the economy through Agriculture. He added that, “we’re supporting his re-election bid because he has perform beyond our expectations, he’s the modern architect of our pace setter state, courageous, emotional intelligence, kind-hearted and masses friendly governor”.

We discovered that within two years of governance, he has tremendously performed well, we’re happy that we are now the sole owner of LAUTECH, recruitment of 5,000 teachers, upgrading of Emmanuel Alayande College of Education to a Degree awarding institutions, building of model schools, upgrading of primary health centres across 351 Wards, reconstruction of Moniya-Ojutaye-Ijaye-Iseyin road, Farm estate through OYSADA, recruitment of 1,500 Amotekun Corps and lots more.

We’ll continue to support Governor Makinde because he has been taking decisions in the best interest of the people without any political undertone, regular payment of Worker’s salary, Pensioner’s as well as providing enabling environment for business to thrive.

Friends Of Seyi however, charges every individual to support the community in tackling insecurity in there indiviual area, says government can’t do it alone.

They commend Governor Seyi Makinde’s achievements in security in the past year include a focus on providing support infrastructure for security operatives in the State and also invested on security to ensure safety of citizens.