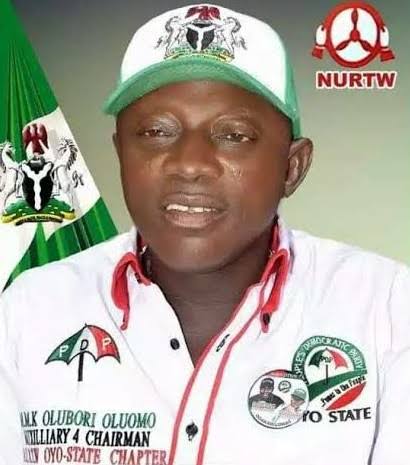 In Nigeria’s First Republic, the ruling Party at the Federal Level knew South West was a no go area for them, Chief Awolowo was confidently in charge of the zone, Western Region was ahead of every other regions in Nigeria in term of development, to take over the region, Federal Government ignited crisis that led to State of Emergency, the “Operation Wetie” Crisis of 1960s remained a horrible experience for those that witnessed it.

The replicate of what happened in the 1960s is about to repeat itself. Just like Awolowo was in charge of Western Region leading other Zones in term of development, Governor Seyi Makinde also became a wonder working leader as his sterling performances has exclusively amazed his antagonists and they are trying everything to bring him down. A mission they’ve become desperate about.

There are different propositions and verifiable proofs that have linked APC with series of crisis in Oyo State, most especially in Ibadan today, those assumptions are backed with facts that APC has not been able to deny. Whether directly or indirectly, it is obvious that APC in Oyo State with the support of Federal Government are cooking and brewing crisis just to have their ways politically.

One of the major targets of APC in Oyo State is Alhaji Mukaila Lamidi popularly known as Auxiliary. The scrapping of bellicose NURTW and the appointment of Auxiliary sent fear down the spin of APC people. They knew that all their rigging strategies would not work in Oyo State as far as a strong man like Auxiliary is part of the Government. Their plan is to bring Auxiliary down by all means, therefore, they have been linking him with all the crisis in Oyo State.

The newest machination against Oyo State Government is attempt of men of disbanded Special Anti-Robbery Squad (SARS) sent down from Abuja to arrest Auxiliary in connection with the recent crisis in Iwo Road and others. On what basis?

There was a crisis between two groups in Iwo Road which is not unusual, the unfortunate thing is that it claimed life of a young man, the security personnel waded in to calm the tension, at the end, peace was restored. Every persons including politicians, journalists and security agents visited the scene of the violence for a fact finding mission and also to find a lasting solution to the problems, Auxiliary who is the Disciplinary Committee Chairman of Park Management System also visited. On what basis does the Federal Government want to link him to the crisis?

Nigeria Police under it Commissioner in Oyo State have launched a full-scale investigation to determine the causes and fish out the perpetrators, about three persons were already apprehended and paraded and they are facing prosecution? Why then is Federal Government trying to arrest Auxiliary?

Nobody is saying Auxiliary cannot be called upon by Nigeria Security for interrogation, but an attempt to whisk him away through the backdoor by the Federal SARS looks political and such action can be a recipe for lawlessness.

Comparing Auxiliary to Sunday Igboho, Auxiliary has not constituted any threat to anyone apart from those that have sinister political agenda, Igboho activities and utterances almost set Igangan ablazed as many lives were lost at the process. Sunday Igboho that has broken many rules and disobeyed many orders is not trailed for apprehension because his activities favoured political permutations of some persons in APC.

For every action, there will always be a reaction. The Federal Government and their APC accomplices should not set Oyo State on fire. The crisis that led to first military coup and the subsequent Civil War that almost ended Nigeria was started in Ibadan. Oyo State is too important to be messed with.