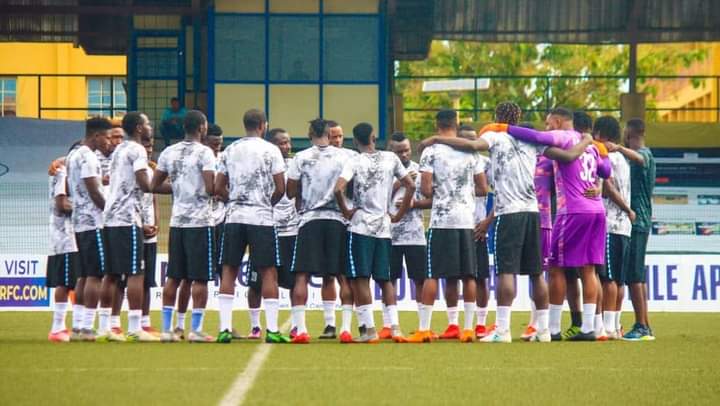 Seven times winner of the Nigerian FA Cup, Shooting Stars Sports Club (3SC) of Ibadan, begin the journey for a shot at the 2021 edition of the competition, now known as the aiteo Cup, with a first round clash against little known Technobat of Taraba state.

Going by the pedigree of both teams, the Oluyole Warriors are bookmakers choice to carry the day, in the encounter billed to hold this Sunday at the Bako Kontagora Stadium, Minna.

However, the Ibadan soccer lords are not leaving any stone unturned as they get set to confront their unfamiliar foe.

Shooting Stars stormed Minna with a strong side an indication that the Edith Agoye led technical crew of the team, is not taking the opponent lightly, despite the far difference between the two sides.

The fact that Technobat, though unknown, picked the sole ticket to hoist Taraba state’s flag in the oldest football competition in Nigeria means they are no pushover, coupled with the fact the FA Cup, otherwise known as the Challenge Cup, is known for surprises and upset.

The Ibadan soccer lords landed in the Niger State capital on Friday morning, had a feel of the Bako Kontagora Stadium pitch the following day and the mood of the players, indicates that they are not ready to take their opponent lightly.