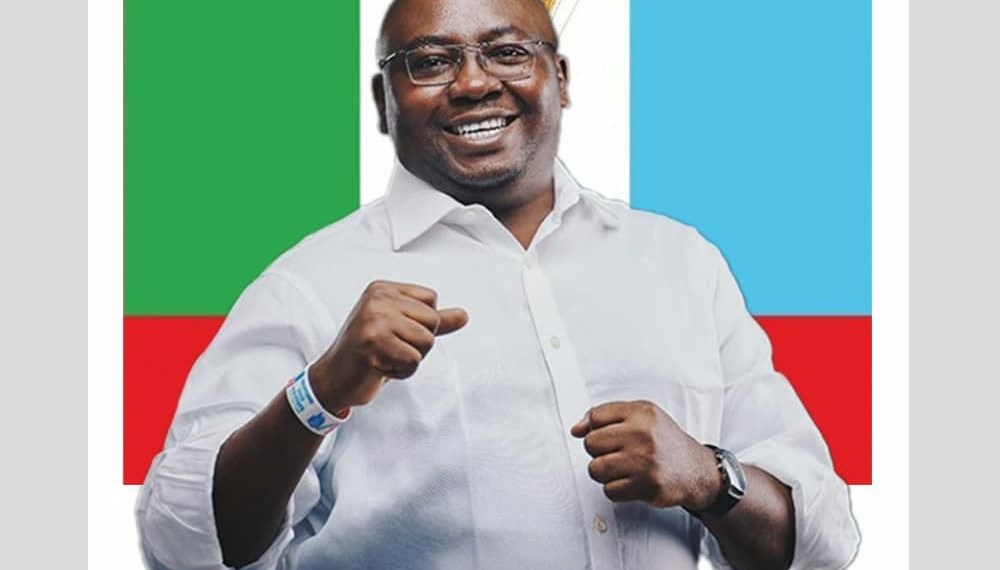 The Chief Press Secretary to Governor ‘Seyi Makinde of Oyo State, Mr. Taiwo Adisa, on Saturday, described the governorship candidate of the All Progressives Congress (APC) in the 2019 general election, Mr. Adebayo Adelabu, as hypocritical and ignorant about governance in the state.

He maintained that the former Deputy Governor of the Central Bank of Nigeria (CBN), failed to demonstrate any deep knowledge of governance, finance and basic statistics, throughout his much talked about radio interview.

According to Adisa, the former banker displayed outright ignorance and told blatant lies on national radio when he reeled out half-baked figures and lies in order to paint the administration of Governor Makinde black.

He noted that the efforts of the Makinde government have culminated in the overall repositioning of the state’s education sector, the state’s economy and brought about massive infrastructural developments which are not just concentrated on city centres as the former Governor Abiola Ajimobi’s government did for eight years, but has also touched rural areas.

The Media aide added that the ongoing revolution in the health sector in the state, after eight years of neglect and the ongoing expansion of the state’s economy are evidence of good governance by the Makinde administration, stating that no amount of lies and hypocrisy from Adelabu and his ilk can change the reality in the state.

Adisa, who was responding to Adelabu’s misadventure of an interview on Fresh 105.9 FM’s Political Circuit, maintained that Adelabu simply advertised his ignorance about developments in the state and insensitivity to the yearnings of the people of Oyo State by criticising Makinde’s efforts in the areas of infrastructure, education, health and other critical sectors.

The statement added that it was sad that though Adelabu brought in a textbook into the studio from which he read prepared essays of falsehood about the Makinde government, he failed to cross-check with his spinners how well the efforts of the Makinde administration have changed the narrative across different sectors.

According to Adisa, Adelabu’s criticisms of the Makinde government on security and his grandstanding on how the government of Senator Ajimobi was able to ensure the security of the state, were unjustifiable and hypocritical, especially as he also agreed that insecurity has become a national problem.

“Again, in what has become an annual ritual of lies, misinformation and apparent display of ignorance, APC’s governorship candidate in the 2019 general election in Oyo State, Mr. Adebayo Adelabu, was again on Fresh FM, to sell his cheap lies, wicked plot and untoward hypocrisy.

He criticised Governor Makinde’s Alternative Project Approach(APFA) which has led to the execution of several laudable projects, but was at home with President Muhammadu Buhari’s manifestly reckless borrowing which has ballooned the nation’s debt profile from N12 trillion in 2015 to N33 trillion in 2021.

“In that interview, Adelabu lied about nearly everything; from the Internally Generated Revenue of Oyo State to the efforts of the Makinde administration in the areas of security, education, infrastructure and health.

“He also demonstrated the highest level of hypocrisy and unpatriotic tendencies not just to the people of Oyo State but to all Nigerians.

“The former banker insinuated that the Makinde government has done nothing in the area of security and that a supposed template left behind by the previous government was abandoned. But he also admitted that insecurity is a general problem and that it is responsible for the hardship being experienced by Nigerians as a result of high inflation, because insecurity has chased farmers away from the farms. What an apostle of doublespeak he is?

“The truth of the matter is that Governor Makinde is fully aware of the security challenges of the state and he is doing everything to turnaround the situation and address it permanently.

“The Makinde government has been strengthening the institutions that can fight crime and this has reflected in the massive support to security agencies and the expansion of the security architecture of the state including the City Watch and Crime Alert Platforms and the 615 Security Code.

“Sadly, Adelabu asked what has been done about these features, demonstrating that he is unaware of his immediate environment. “In fact, he asked questions on the efforts of incumbent government, which even the blind and the deaf would not have asked. But we cannot blame him? He is too busy expanding his capitalistic ventures to see the massive changes across the Oyo State landscape.

“As a hypocrite that Adelabu is, he said in one breath that the Federal Government could borrow till eternity because it has the power to pay back and that if the loans were expended on capital projects that would impact on revenues, they were okay. But in another breath, he criticised Governor Makinde for taking loans to drive infrastructure, which are targeting the economy of the state. “He also described the reconstruction of Lekan Salami Stadium as senseless, forgetting how the sports sector remains one of the top money-spinners in the world.

“Adelabu took his falsehood from the lowest pit of hell when he insinuated that the Makinde government has only increased Oyo State’s IGR by N300 Million. How sad can it be that a professed First Class graduate, an individual who was trusted with high positions in the banking sector could not read basic data from federal agencies such as the National Bureau of Statistics, which rated Oyo State as one of the nine states with the highest IGR in the country?

“While we may agree that Adelabu tried to play politics by underreporting the state’s IGR, we consider it intellectually vacuous and even politically vain that he would contradict tested and trusted statistics from the NBS about the massive growth of the state’s IGR from N24 Billion to N38 Billion in two years without citing a source.

“Of course, no one can expect a man who criticised the government for constructing the Moniya-Ijaye-Iseyin Road, which links the food basket of Oke Ogun to the commercially viable state capital, Ibadan, but praised Ajimobi for constructing alleged high-impact roads in a few urban centres, to speak the truth.”

Adisa warned that while the government of Governor Makinde would always welcome constructive criticisms, politicians should desist from lying and displaying hypocrisy, noting that if Adelabu thought he would gain sympathy by lying, he has met his waterloo with the massive reactions from the people of the state across different social media platforms.

The media aide, who maintained that Adelabu is not strange to circulating falsehood, citing how the governorship candidate of the African Democratic Congress (ADC), Senator Olufemi Lanlehin, punctured one of his lies during a similar voyage of untruth he embarked upon last years, warned the ex-banker to toe the path of honour and stop embarrassing himself.

He pointed out that another lie told by Adelabu was on the issue of reconstruction of police stations attacked by hoodlums in the aftermath of the #ENDSARS protests, stating that it was untrue that Governor Makinde stopped him from his plans in the wind to reconstruct some stations.

According to Adisa, Adelabu should have approached the Commissioner of Police to ask who refused him approval to proceed with his plan to reconstruct rather than lying against Makinde, stating that even a layman should know that the final authority on such a matter could not be the state governor.

Let us however tell Adelabu that Governor Makinde had from the outset given commitment of Oyo State to rebuild all the Police Stations destroyed during the #Endsars protests and this had been long communicated to the Commissioner of Police.

“While we do not expect commendations from Adelabu and his ilk, we also do not expect the desecration and poisoning of the air waves by individuals who are hypocrites and incapable of telling the truth.

“This was an individual who spoke glowingly about how the train system of the Federal Government would be a money-spinner and how the Metropolitan Bus Services in London has been a productive venture but criticised the construction of four Bus Terminals in Ibadan. So, if transportation can become a revenue earner for London and the Federal Government, why can’t Oyo tap into that sector?

“The freedom of every individual to express opinions is guaranteed in the Nigerian Constitution but that freedom is not the freedom to lie, which is what Adelabu has been doing. We will not warn him to desist from lying, we will only expect that his lies and unbridled arrogance will bring him ignominy rather than glory, which is what comes to those who behave like Adelabu” the statement concluded.