The Pakute Setter & The Pakute: The Hand Of Esau And The Voice Of Jacob ||By Ogunwoye Samson 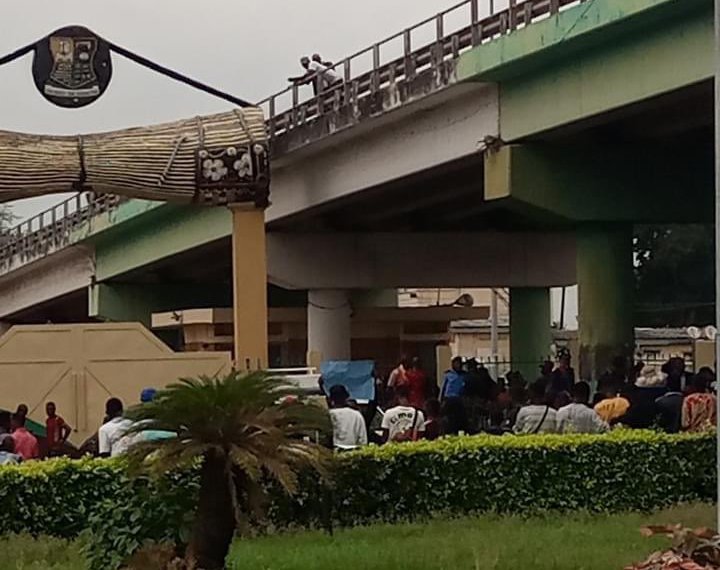 No doubt, insecurity has been a challenge in Oyo State of late, and even the Governor of the State has acknowledged that fact and taken responsibilities with the genuine intention to find a lasting solution to it.
Issues like insecurity are not been solved from the surface, rather, it requires a careful and thorough analysis to understand the remote and immediate causes.

Without denial of facts, Governor Seyi Makinde has invested a lot in enhancement of security in the State, he successfully banned the bellicose NURTW on assumption of office just to avert their usual hullabaloo. He was also at the forefront of creation of Ametokun Security Outfit, subsequently, he has partnered with the Police and even the military by securing many Security equipments for the men in uniform, yet, we still have issues related to insecurity lingering in the state.

In other sectors of the State, Governor Seyi Makinde has made some giant strides, education sector, infrastructural facilities, economic enhancement, worker’s welfare and other sectors have had reflection of good governance. This is popularly acclaimed by individuals within and outside Oyo State, in fact, GSM is adjudged to be one of the best performing Governors in Nigeria. But the issues of insecurity has continuously being a source of concern to every wells meaning citizen of Oyo State. At this point, to know where we are to go from here, it is important we understand where we are coming from.

Sometimes around September, 2019, a serving Senator Representing Oyo Central addressed his APC faithful in Ibadan while consoling them over their defeat in 2019 Gubernatorial Election and he publicly affirmed that they have set two “Pakute” for the ruling party, “if Governor Seyi Makinde escapes one, he cannot escape the other” he said.
For an experienced politician like Teslim Folarin to utter such a statement, he was not joking, he must have been definitely be up to something that deserves an adequate scrutiny.

For those that don’t understand the meaning of Pakute, it means a Trap. A trap in this context is a device that is designed to get hold of something or to make something to function in a predetermined way just to hit a target. The word “trap” used by Senator Teslim explains how desperate APC could go to clinch on to power at all cost.

To buttress the above assertion of Sen. Teslim, during the just concluded revalidation of APC membership, another APC Chieftain, Otunba Alao Akala publicly said that APC will take over Oyo State before 2023. That is another suspicious statement that deserves not only attention but also scrutiny.

In a democratic setting like Nigeria, there are just two democratic ways for a party to be removed from power; firstly is through a free and fair election and secondly is through impeachment. No election can come before 2023 and APC has insignificant numbers of legislators that cannot impeach a Governor, what then does former Governor Akala means by saying APC will take over power before 2023?

The Pakute statement was made when the court litigation about Oyo Gubernatorial Election was ongoing, let us assume that the first trap was the failed attempt to use Supreme Court to scuttle the masses popular will, but the mandate was a divine one, all the machinations to steal the divine mandate couldn’t see the light of the day as justice pitched its tent on the side of the masses of Oyo State. Governor Seyi Makinde survived the first Pakute. What else is the second Pakute that Senator Teslim said PDP will not escape?.

Aligning the statement of Otunba Akala and Senator Teslim, the former said APC will take over before 2023 while the later said if GSM escaped the first trap, he will not escape the second one! What is their agenda? Akala even told his audience that they would see the sign as soon as possible! Which signs was he talking about?

Logic can help us to proffer answers to this nebulous puzzles. The first pact in the social contract between the government and the governed is the security of lives and properties. If a government is unable to guarantee safety of lives and properties, legitimacy will be eroded and popularity of such a government would be diminished. Can we now say that insecurity in the State is a deliberate creation of APC to take over power before 2023? Or can we say insecurity is the second trap that APC said Governor Seyi Makinde will not escape?.

If this is true, it simply means that there are attempts to sponsor and promote insecurities in the State. The rate at which media people of APC extraction celebrate and spread the news of insecurity gives credence to the ongoing assertion. Once insecurity in Oyo State gets to a point, Federal Government will be used to invoke Section 305 of the 1999 Nigerian Constitution as amended that provides for the imposition of a state of emergency in the country or any Federating Unit where there is insecurity or crisis, and just like Akala foresaw, APC would take over Oyo State before 2023, also, just like Teslim said, Seyi Makinde would not escape the second trap.

The present wave of insecurity in Oyo State can be likened to the hand of Esau and the voice of Jacob. To end insecurity in the State, maybe we would all need to beg Senator Teslim to dislodge his inescapable trap and also appeal to Otunba Akala to jettison his ambition of taking over power in Oyo State before 2023.

Just like former President Goodluck Ebele Jonathan echoed with his church mind that, nobody’s ambition should be worth a shed of blood of any soul. If anyone thinks he’s credible, capable and acceptable, he should sell his manifestos to the masses, by 2023, Oyo Masses will decide again. Setting traps and attempting to take power through illegitimate means would only set the state ablaze and at the end, helpless Masses would be the losers.