A Year After Death: Vacuum Created Yet To Be Filled — Oyo Lawmaker, Hon. Bamigboye 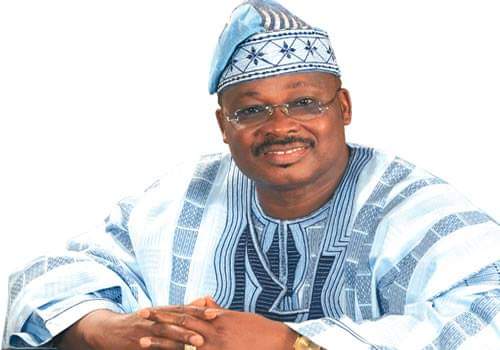 Member representing Oriire State Constituency in the Oyo State House of Assembly, Hon Jacob Bamigboye says the big vacuum of good governance created in the State following the death of Former Governor Abiola Ajimobi has widened one year after his demise.

Hon Bamigboye in a news release to commemorate the first anniversary of the death of Sen Ajimobi said the sad event which occurred on the 25th of June, 2020 was still painful and unbelievable.

The Oyo State Lawmaker stated that the All Progressives Congress, APC in Oyo State, the South West and indeed in Nigeria will never forget the great and positive impact made in politics and the party by the late two terms Governor.

According to Hon Bamigboye, late Sen Ajimobi laid a solid foundation for the socio-economic and infrastructural growth and transformation of Oyo State.

He said hence the appellation of the Architect of modern Oyo State given to the late Politician was well deserved and merited.

He urged the present administration to implement some of the programs of late Sen Ajimobi which helped him to address gangsterism, hooliganism, insecurity and other forms of crime in the State

” Former Governor Abiola Ajimobi was a leader of leaders. He was a great politician and mentor. He was a good administrator whose vacuum has been difficult to fill. He was bold, courageous and principled. This no doubt assisted him in recording and achieving outstanding feats in Oyo State as a Senator and a two term Governor. I must say that he was one of the best politicians Oyo State ever had. It is unfortunate that he left us when his wealth of experience in administration, governance, politics and business was still needed.

” As a product of your political and administrative school of thought, I will continue to promote and uphold the tenets of ideal democracy which you stood for. You will forever be remembered. May Allah continue to illuminate your grave, forgive your shortcomings and grant you the best abode in Al-Janna Firdaus (paradise) , Amen. ” Hon Bamigboye prayed

While praying God to bless Chief Mrs Florence Ajimobi, the wife of the deceased, the children and the entire family he left behind, the Oyo Assembly Lawmaker representing Oriire State Constituency urged members of APC in Oyo State to take solace in the unarguable fact that Late former Governor Abiola Ajimobi lived a fulfilled and meritorious life.