OPINION: IF THE ROAD SEEMS BLOCKED, WE CONSULT THE LAND AND CONJURE THE UNSEEN: SEYI MAKINDE ON THE RIGHT TRACK ||By Ogunwoye Samson 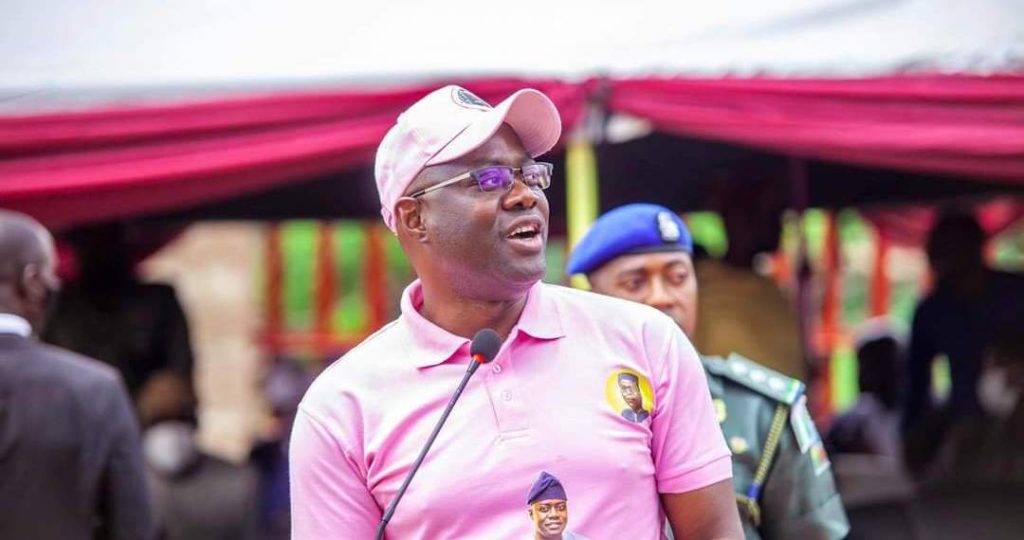 People that tend to forget their culture, tradition and history are likened to a river that forgets it source or tree that neglects it root, they will both dry up. In the time of our progenitors, whenever they were amidst turbulence and get confused, they would always go back to the base and consult the divinity, that begot the popular adage that “ti oro ba ruju, aabi Ile lere ni”.

The fact that we play too much in this part of the globe has made us to assume the status of Holier than the Pope. We tend to forget our past and carry our cultures with levity. In fact, we’ve contributed to demonization and desecration of our rich history and culture. It is truism that Pastors visit traditionalists for help, the same way Imams and Alfas go to them secretly for partnership, but yet in public, we try to maintain the westernized opinion that our culture and tradition are fetish.

Just of recent, I read and heard how people were exposing their sheer ignorance while discussing the issues related to Governor Seyi Makinde’s invitation of Traditional Worshippers for partnership, most especially in the area of security. Behold, GSM is a wise man that knows the value of culture, history and tradition in this corrupt world. That reminds me of some histories of our ancestors.

Ife is considered as the cradle of the Yorubas, there was a time that Ife was under a continuous siege from the Ugbos who Masqueraded themselves to invade Ife Kingdom on timely basis, the situation went unabated, the elders and children were caught confused until the Amazon, Moremi Ajansoro consulted the powerful River of Esinmirin, at the end, the consultation proffer solution to the problems, the Ugbos were hexed and Ife regained Freedom.

Consultation doesn’t kill, it is only if you don’t consult that you may be exposed to uncertainties. This is explained with the story of Anxient Owu Kingdom when they were under siege from the combined force of Ife, Ibadan and Ijebu, the Owus were defeated after Seven years of siege around their walls just because Owu failed to consult. There was this deity in Owu named Anlugba, he told the Owu people that whenever they have war coming, they should come to his shrine and pull the chain he left behind, whenever they do that, he would come to their rescue. For the seven years that Owu was under siege, the people didn’t remember to consult Anlugba, at the end, they lost the war.

Ogbomoso is another ancient town in Yoruba land that benefited from the prowess and efficacy of Consultation. At the time of inter-tribal and inter-cities wars, Ogbomoso is known for her gallantry in the face of war, but there was a ceremony yearly done in Ogbomoso known as Odun Olele, on the day of celebration, every charms and Fortification would be taken off and people would live freely and facilitate with one another without having the notion of war.

Several communities have attempted to conquer Ogbomoso but to no avail until someone among them exposed the secret behind Odun Olele. During a specific Odun Olele, the Fulanis came knowing fully well that the Ogbomoso would not be prepared for war in that day, they were able to take spoils of war back to their home. The incidence repeated itself twice before Ogbomoso consulted the land. At the end, sacrifices were made and that led to the formation of popular “Ogun Ojalu” artifact in Ojo Igbo Area of Ogbomoso, since the Consultation was done and supplications were made, Fulani became preys to Ogbomoso as they were ruthlessly dealt with.

Governor Seyi Makinde has wise advisers who are good students of history. The invitation to partner with the traditional worshipers is atavistic. Insecurity in Oyo State looks like a product of conspiracy. It will definitely take the Consultation, Supplication and Sacrifices to the spirits of our ancestors to expose people behind the machinations. Let their be invocation, at the end, the land will rise and defend the masses from the wicked among men.