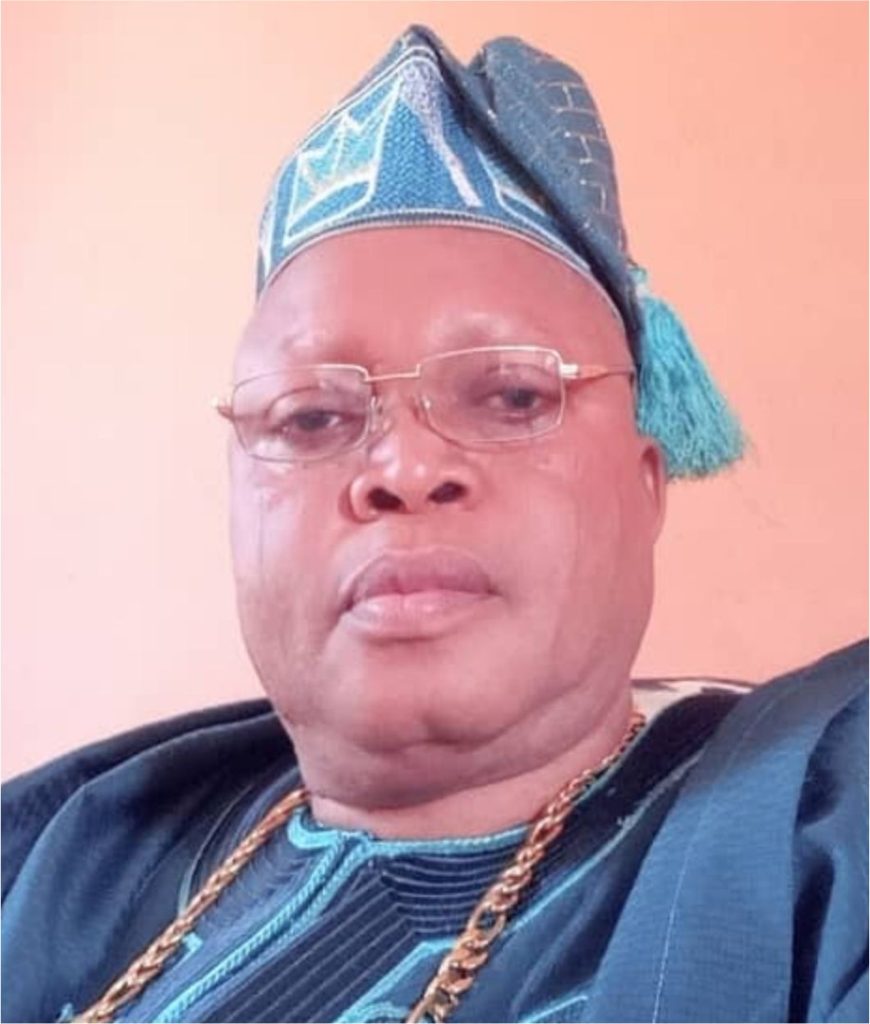 The paramount traditional ruler of Iganna land in Iganna LCDA of Oyo State, His Royal Majesty, Oba Soliu Oyemonla Azeez, Agunloye IV, Ayefemiloye I, has appealed to the state government to pay better attention to the welfare of traditional rulers in the state.

Speaking with pressmen in an interview in his palace during his just concluded 12th installation ceremony which came up on May 5, 2021, Oba Azeez lamented that many of them are financially unstable, lack necessary materials in the palace and many who are due for promotion have been on the waiting list for several years now.

The Sabiganna of Iganna land, who doubles as the permanent chairman, Iwajowa Local Government Traditional Council and entire Iganna Kingdom, added that many of their chiefs and bales are not in the government’s payrolls as expected and such is pulling them down to perform their statutory and traditional functions effectively.

According to him, he said obas were in palaces not befitting their status.
He therefore pleaded with the government to look into the situation.

The monarch who started the low-key ceremony with special prayer and thanksgiving to Allah for the grace to witness the occasion in sound mind and good health, appreciated the council of traditional rulers and chiefs in the state and in Oke-Ogun in particular, the chief-in-council, his oloris, the royal family members and the indigenes, home and in the diaspora for their love and support so far.

Speaking further, Oba Azeez also pleaded with the state government to do more in promoting Yoruba culture and tradition. The government is trying on this but I will want more attention for our culture.

The monarch equally used the medium to further plead with the state government to give priority attention to fire station office in Iganna already approved for construction by the immediate past administration.

On the security situation round the country, the traditional ruler, while decrying the wave of insecurity in Nigeria as a whole, called on the Federal Government to rise to the occasion and save the area and the country from imminent collapse. According to him, the Commander-in-Chief of the Armed Forces, President Muhammadu Buhari, owes it a duty to protect the lives and property of all Nigerians.

He used the medium to further appeal to Nigerians to be more united, saying that there is strength in unity.

Oba Azeez pleaded with all political office holders to always honour and fulfil all their electioneering campaign promises to the electorate. He urged them to ensure that they spread evenly round dividends of democracy in their areas, saying the attitude of winner takes all should not be applied.

In the interview, Sabiganna also used the medium to plead with the indigenes of Iganna Kingdom called Aloba Descendants to unite and join hands to further move Iganna land forward socially, economically and otherwise.

Listing his major achievements since he came on board, Oba Oyemonla Azeez said under General Administration, he had restored politics without bitterness and acrimony back into the kingdom in the last 12 years.

*Composition of a new anthem for the kingdom.
Sustenance of peace, tranquillity and religious harmony.

*Restoration of the celebration of annual Iganna Day Anniversary.

*Re-orientation of youth for community development
Organisation of lectures/summits and advocacy.

*Outright proscription of youth carnivals due to violent activities in the kingdom.

*Regular praise and worship of God by religious faithful in the palace.

*Sustenance of sponsorship of annual traditional festival in the kingdom.

*Purchase of nine vehicles for senior members of the council through opening of stabilization account for the council.

*Elevation of four (4) members of the council to beaded crown Obas.

*Prompt payment of stipends and allowances to members of the council.

*Sustenance of peaceful co-existence and unity among members.

*Objective administration of Justices on boundary/land disputes and chieftaincy crisis in the local government.

*Construction of an event centre at Sabo Area, Iganna.

*Completion of Iganna water works and extension of pipe-borne water to the township by Water Corporation of Oyo State.

*Establishment of Milk Collection Point (MCP)
Grade A Customary Court presided over by a magistrate.

*Geometric increase in the numbers of churches and mosques.

*Aibi Micro-Finance Bank The only bank in Iwajowa Local Government.

*Urbanisation of the kingdom with new buildings in the four corners of the town.

Allocation of 50 acres of land, for the construction of Ayinla Adegator’s Estate, Iganna.

Allocation of 20,000 acres of land for the development of Iganna satellite town.

Immigration board patrol base located in Iganna and

Construction of a modern Block of 24 classroom at Baptist High School, Iganna.

ICT Centre at Iganna High School, Iganna and a block of 3 classrooms, borehole with 5 toilets.

a. Succour for the widows, orphans and indigent students
b. Skill acquisition for women
c. Empowerment of the youth, etc

To this effort, over 2,000 smart charcoal stoves donated by Environfit Smart Nigeria Limited, Lagos to widows in Iganna kingdom

To round off the interview, Sabiganna extended his deep gratitude and appreciation to Iku Baba Yeye, the Alaafin of Oyo, HIM, Oba Dr Lamidi Olayiwola Adeyemi III for his fatherly role and support for him since he ascended the throne of his forefathers.