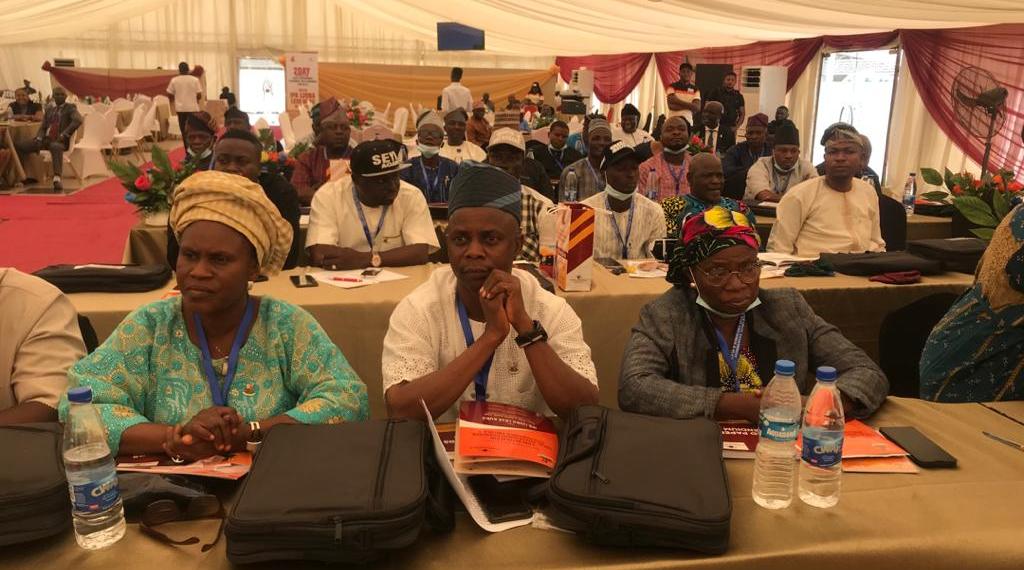 Local government chairmen, vice chairmen and their Heads of Local Government (HLAs) have been equipped with necessary tools they need towards making good governance gets to the local government areas.

According to InsideOyo report, Various speakers spoke on different tools needed by the council bosses at the ongoing 2-Day Retreat for Local Government Chairmen, Vice Chairmen and Heads of Local Government Area organized by Fosterfield Consulting in collaboration with the Office of the Special Adviser on Strategy, Political Matters and Ministry of Local Government and Chieftaincy Matters themed “Ipa Ijoba Lese Kuku”.

While giving his opening remarks, the Commissioner for Ministry of Local Government and Chieftaincy Matters, Chief Bayo Lawal said the retreat is important in order to set a tone and prepare the local government chairmen for the enormous task ahead.

Lawal added that the journey ahead is crucial and challenging due to many years of disconnects between the people and elected chairmen at the grassroots level.

He added that the expectations of people are high and that they would not accept anything short of governance from the chairmen.

“I wish to state that the 2-day Retreat has been put together by Messrs Fosterfield Consulting in collaboration with my Ministry to set a tone and prepare you for enormous tasks ahead.

“The journey ahead is crucial and challenging due to many years of disconnects between the people and democratically elected government at the grassroots levels. However, no matter the burden, the present administration would not leave any stone unturned to ensure that even development is actualized across the nooks and crannies of the State.

“I wish to stress that, the expectations of the good people of Oyo State are high and they would not accept anything short of good governance from you. In meeting these yearnings and aspirations of the people, it is incumbent on you to key into the cardinal programmes of the present Administration designed to make life better for the citizenry, namely, education, health, economic expansion and security.

“It would not be out of place to advert to the need to operate within the ambit of the law by ensuring strict adherence to due process and due diligence in the conduct of government business in your respective Local Government Areas in line with uncompromising stance of His Excellency on zero tolerance for corruption in the State.”

The State Director, Code of Conduct Bureau, Mr Moses Atolagbe who spoke on the topic “Code of Conduct for Public Office Administration at the Local Government Level” urged the chairmen not to let personal interest clash with public interest.

Atolagbe urged the chairmen to do away with the mindset that ‘local government money is meant for spending’ and be extra careful in signing and approving of files.

He also warned them against giving of government contracts to personal company and collecting gifts from contractors.

Also speaking, Dr D. A. Oluwole, urged the chairmen to deploy wisdom to effectively manage conflicts adding that that there could be conflict within and out.

Oluwole who spoke on the topic “Community Engagement in Conflict Management at the Local Government Level” said conflict is desirable but must be manage and not to be allowed to degenerate into crisis.

He however, gave examples of motor parks, hawking spots and so on as areas where revenue can be generated.

Other speakers were Dr Ojo Adeshina who spoke on “Innovation and Creativity in Managing Resources at the Local Government Tier of Governance and Professor S. A. Lafenwa who spoke in “Key Principles for Successful Local Government Administration in Oyo State”.