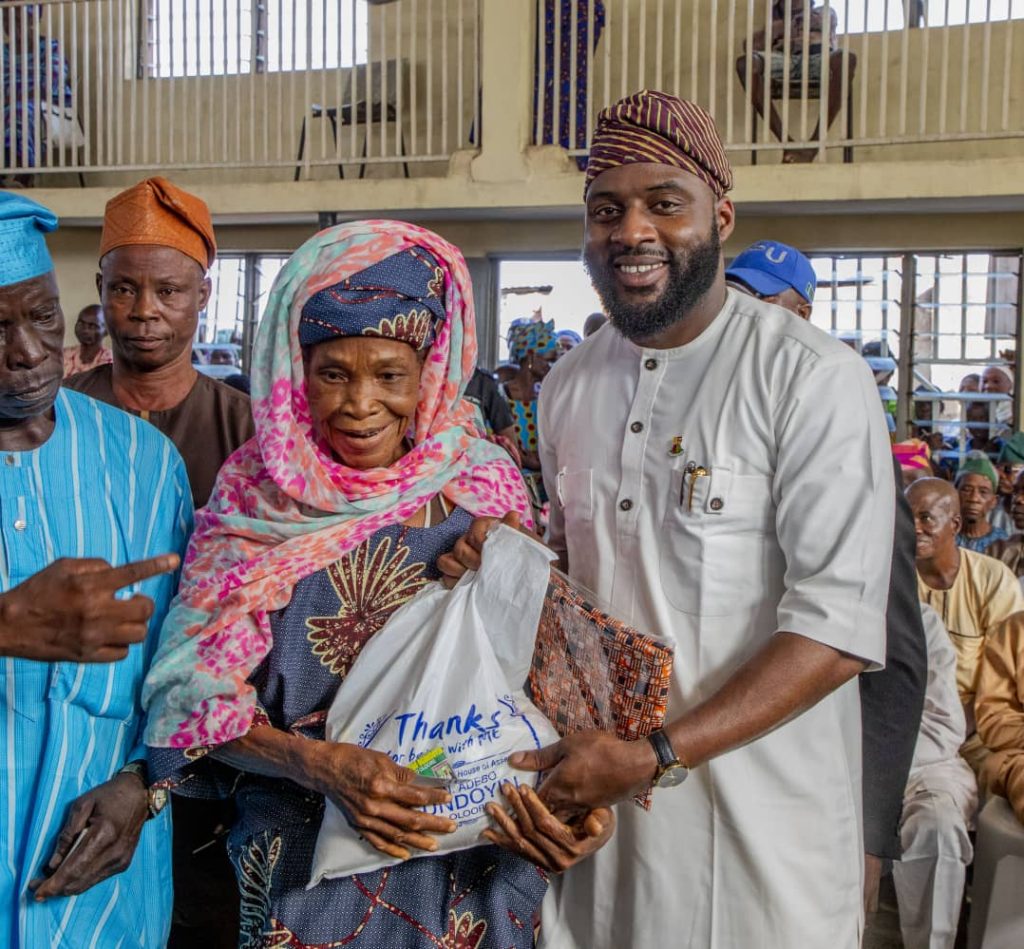 This is just as the Speaker, Hon Adebo Ogundoyin further demonstrated and replicated the good nature and gesture of his late Dad by distributing foodstuffs and clothes to over one thousand widows, indigent and people with special needs in his Constituency.

At a remembrance programme organized by Hon Adebo Ogundoyin in honor of his Late father held at Eruwa Town Hall, Political and Community leaders described the Late Ogundoyin as one of the finest human beings that ever traversed the surface of the earth.

According to Hon Ogundoyin, the Late Adeseun Ogundoyin had great love for the people of Eruwa, Lanlate and indeed Ibarapaland, and he lived his entire life to serve the people.

The Speaker who said it was painful that he did not have fond memories of his late Dad however added that continuous tributes from the people, his family members and friends no doubt showed that he was not only Sociable but also charitable and acceptable to his kinsmen.

The Speaker said ” As part of the 30th year remembrance activities of my late Dad- Chief Adeseun Ogundoyin whose commitment to humanitarian, philanthropism and community development was undisputedly gracious in his life time, I and my siblings extended hands of support to 1000 widows, indigents and people with special needs in our communities in memory of a great man that lived all his life raising stars.

” Dad, even after 30years…your sons, daughters and grandchildren have continued to benefit from your numerous good deeds.You’re a great man, even in the grave. We will love and cherish you forever!. He said

While sayng that together with his other siblings, they will continue to promote and uphold the legacies of their late Dad , Hon Ogundoyin assured that he will not abandon his people even after leaving office but will work to surpass the enviable records of service to humanity set by his father.

Some Community and Party Leaders who spoke at remembrance program including Alh Morakinyo Kasali, Chief Jacob Adeoye, Prince Wole Opadeye and Prince G.A Layiwola said though the death of Chief Adeseun Oguntona Ayisa Ogundoyin on June 18, 1991 was a deadly blow to the entire people of Ibarapaland, it is heartwarming and gratifying that his children and family members especially the Speaker are continuing his good work.

They said his memories will continue to linger on in the hearts of the people of Ibarapaland.

Over one thousand widows, indigent and people with special needs were presented with foodstuffs and clothes at the 30years remembrance programme.

Other siblings of the Speaker, Adesoji, Adetoye and Aderemi Ogundoyin attended the remembrance programme.