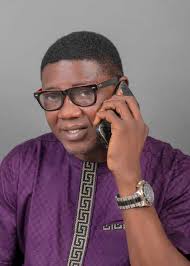 “The cat is let out of the bag and what I have been saying for the past six months, has at last been exposed.”

It will be recalled that the Oyo Pacesetters’ boss had on many occasions cautioned his party, the PDP about what he called anti-party activities of Ayo Fayose.

With reports revealing that Fayose has joined Tinubu’s presidential project and commissioned with N20m to launch the movement in Ekiti State, Adeleke says he has been vindicated.
According to the report, Fayose has officially joined Bola Tinubu’s presidential team with the mandate to destabilise the Fayemi stronghold by finding ways to reconcile with Senator Dayo Adeyeye, the present face of the presidential campaign team and work together with him to carpet Fayemi.

Ayo Fayose, further investigations reveal, has already formed a WhatsApp group to achieve this purpose.
There is indeed a photograph of the launch of the Ekiti SWAGA with Fayose as part of it’s arrow heads.

In an open letter to the Open letter to National Chairman, BOT Chairman and national EXCO, Dare Adeleke wonders why the party is still tolerating Ayo Fayose despite all indications that he is not acting in the interest of the party.
Adeleke alleges that despite being funded by Tinubu to install his candidate at the recently concluded South West Congress, Fayose still failed, “God gave us victory”.

The open letter to the PDP Headquarters reads:
Dear Mr National Chairman, Chairman, PDP Board or Trustees, National EXCO members, it is with an unsettled and melancholic spirit that I pen this letter to your good offices.
For the past six months or so, I have been like a lone voice in the wilderness, alerting the party to the anti-party activities of one of our members, Ayodele Fayose.

I have called the attention of everyone possible to Fayose’s clandestine affairs with APC’s Bola Ahmed Tinubu  but the National Headquarters remained unperturbed about his nefarious activities. They refused to heed the voice of reasoning.

I kept pleading that if we are to forge a strong and United front for the serious walk towards 2023, the party must check Fayose’s betrayal, especially his attempt at destabilising and polarising the South West. Yet, no one listened, even as glaring Ayo Fayose’s mischief was.

With the latest revelations of his joining and spearheading Tinubu’s SWAGA movement in Ekiti, I wonder now what justification he has to defend himself  of anti-party activities.
I am very sure the National Chairman, the NWC and EXCO have heard about how Ayo Fayose allegedly collected N20m from Tinubu for the launch of Ekiti SWAGA.

The picture of that launch is everywhere with Fayose significantly present.
I hereby call on the party to institute a thorough investigation of Ayo Fayose’s romance with Asiwaju Tinubu, a man who has not hidden the fact that he needs the South West to realise his ambition to be president of Nigeria.
I expect Fayose to be disciplined by the party and to honourably resign his membership of the PDP.