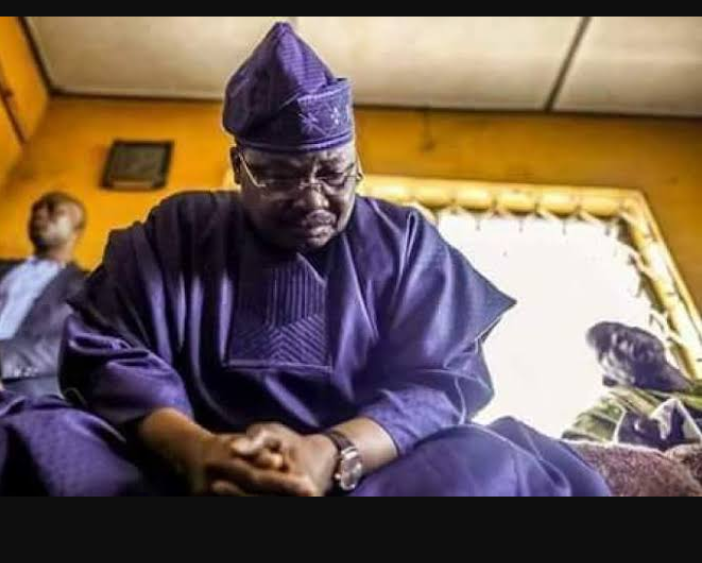 The Chief Press Secretary to Governor ‘Seyi Makinde of Oyo State, Mr. Taiwo Adisa, on Sunday, stated that the debt profile of the state has been reduced by as much as N7.4 Billion in the last two years of the Governor Seyi Makinde’s administration.

The Media aide, who was responding to a statement by the Ajimobi Legacy Forum(ALF) on Sunday, said that the late governor led substandard governance in the state.

The CPS also maintained that his submission was informed by data and statistics from the Debt Management Office, a Federal Government agency, describing a statement credited to the ALF, which accused Makinde of poor governance as not well-thought-out and premised on fraudulent statistics.

A statement by Adisa declared that due to the prudent management of the state’s resources by the governor, the state’s domestic debt was reduced from N99.3 Billion, which it inherited from the the late former Governor Abiola Ajimobi’s government in 2019 to N91.9 Billion as shown by statistics made available by the DMO in March 2021.

Adisa maintained that contrary to claims by ALF and the All Progressives Congress (APC) that the Makinde government has been embarking on excessive borrowing, the administration has borrowed about N24 Billion for infrastructure financing, while only N18 Billion of the amount has been accessed so far.

He added that the administration has been concentrating the state’s resources on legacy projects and reduction of the state’s infrastructure deficit with a view to expanding the economy of the state, wondering why ALF would describe the Moniya-Iseyin Road, Adamasingba Stadium renovation and remodelling and other key infrastructure projects as wasteful.

The statement noted that it is pitiable that the ALF went out with fraudulent and misleading statistics to deceive the public, saying the childish interpretation of DMO statistics made mockery of the group’s late principal, who is the real architect of Oyo’s gargantuan debt and profligate governance.

According to the governor’s media aide, the desperation of the attention-seeking and less-known ALF to share the limelight with the performing and people-oriented government of Governor Makinde, which celebrated two years in office with legacy projects and people-centred achievements that the Ajimobi government could not boast of in eight years, is pitiable and condemnable at the same time.

“The said ALF would do better with the memory of their hero by helping Oyo people forget the eight year lackluster governance he led in Oyo State,” the statement read.

He added that the attempt to redeem the image of the late Ajimobi, who almost run the state aground, leaving behind a domestic debt of N99.9 Billion and foreign debt of 200 Million US Dollars, with practically nothing tangible to show, must have pushed the ALF to spew unsubstantiated statistics and outright falsehood to justify its jaundiced criticism of Makinde’s government.

The statement said: “The statement credited to one group known as the Ajimobi Legacy Foundation accusing Governor Makinde of running poor governance in Oyo and incurring the debt of N91 Billion in two years is sad, misguided and jejune.

“The ALF or specifically Kunle Sanda must be suffering from what we will like to call Attention-Seeking Syndrome (ATSS) by going out with fraudulent interpretations of the statistics from the Debt Management Office or shall we say the group was pushed to publish the falsehood to redeem the image of its late profligate and wasteful principal, who they should have allowed to rest in peace?

“From statistics made available by the Debt Management Office, a federal agency, the domestic debt of Oyo State as of June 2019 stood at N99,358,565,798.52 while the state’s foreign debt was 200 Million US Dollars.

“While the statement portrayed ALF as childish and ignorant and its handlers and sympathisers as apparently lacking any intelligence of debt management, we shall take the pain to school them.

“For the ALF’s information, Ajimobi’s inherited less than N7 Billion debt and catapulted it to N99 Billion in eight profligate years.

“But in two years, what Makinde has done is to reduce the state’s domestic debt by N7.4 Billion. This, of course, puts a lie to the efforts by the APC to portray Governor Makinde as engaging in excessive borrowing.

“To date, the Makinde administration has only borrowed about N24 Billion and of this amount, only about N18 Billion has been accessed.

“Though we are aware that the ALF, like its parent party, APC, is fraudulent and opportunistic, we would like to advise them to engage the services of competent statisticians before they come out to advertise their ignorance next time.”