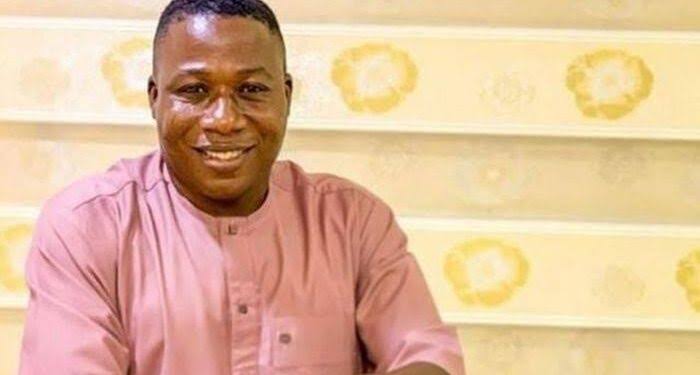 Popular Yoruba Nation agitator, Chief Sunday Adeyemo aka Sunday Igboho has stated that suspected herders succeeded in attacking Igangan town because of lack of unity among villagers and Ibarapa monarchs.

On Monday evening stormed Igangan in Ibarapa North Local Government Area of Oyo state to assess the level of destruction in the village and emphatise with the villagers.

In a viral video obtained, Igboho stated that the lack of unity from monarchs and villagers in securing villages gave the suspected herders leverage to carry out gruesome attacks in the village.

He explained that after his visits to Igangan, many monarchs even across neighbouring villages ran for safety when they were terrorised by criminal herders.

He said: “I pray this would be the last one, these herders took advantage of the fact that they were accommodated and also the lack of unity among the villagers made the village open to attack.

“Many of the killer herders who were chased away from Igangan, camped in Igboora, Eruwa and that was where they mobilised to attack Igangan again, which is not meant to be so.”

Igboho stated he initially did not want to interfere with the Igangan crisis again because the monarchs were not forthcoming with cooperation.

He noted that his presence in Igangan on Monday caused security operatives to increase surveillance in the village because they had thought he was coming for a reprisal attack against the herders.

He decried the attacks carried out in Igangan especially the killing of several persons and the burning of the monarch’s palace.

Igboho called on monarchs to give youths necessary training on how to secure their villages and to also increase surveillance.