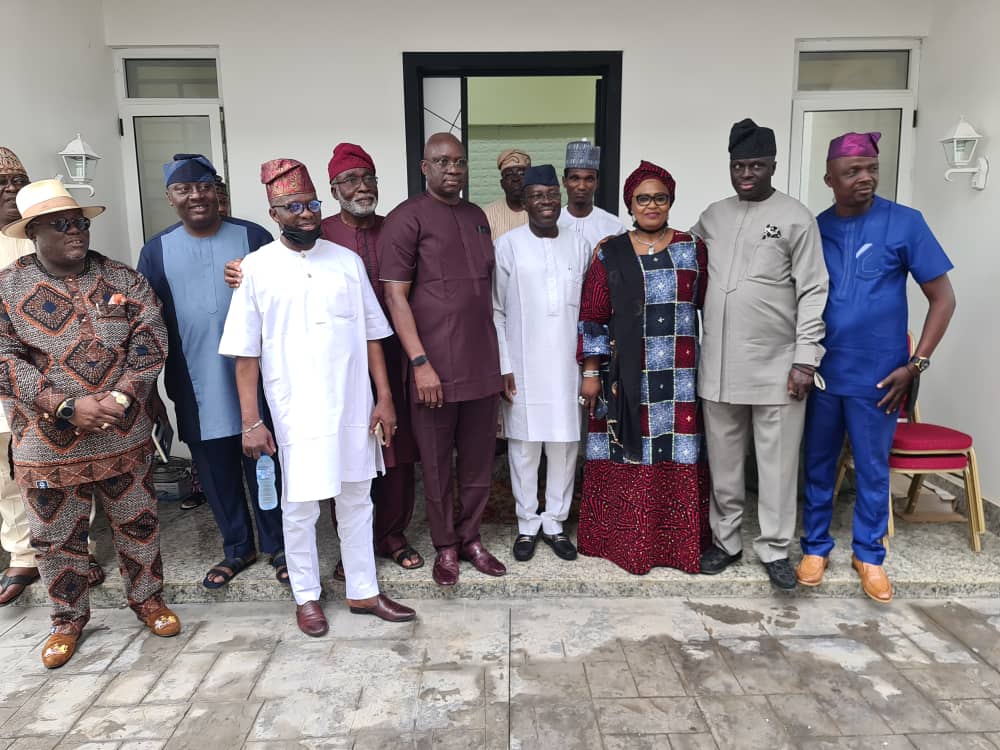 According to a press statement signed by the Special Assistant on Media and publicity to the PDP National Vice Chairman (South West) Bamitale Ibrahim the meeting which was in continuation of the reconciliatory move in the region was held at Fayose’s House in Ikeja.

Ayodele Peter Fayose who gave a warm reception to his guests, declared that he’s open to genuine reconcilation that will enhance Unity and progress of the party.

Arapaja in his remark thank Governor Fayose for his genuineness and passion for tye advancement of the party and assured him of the transparency and openess in the affairs of the party.

The National Vice Chairman, also uses the opportunity to debunked the misinformation going round that it was Secondus who begs him to visit Fayose After Fayose’s consistent plea that he should be visited.

Arapaja said “this is the hand work of mischief makers who are fanning the embers of discord within the Party.”

According to him, neither the National Chairman of the Party (Chief Uche Secondus) nor the Former Governor Fayose initiated this move for reconcilation but it’s borne out of the initiative of the South West Exco to unify the party in line with the campaign promises.