68 Chairpersons Not Recognised By Law, I Will Pay Once S/Court Clarifies – Makinde 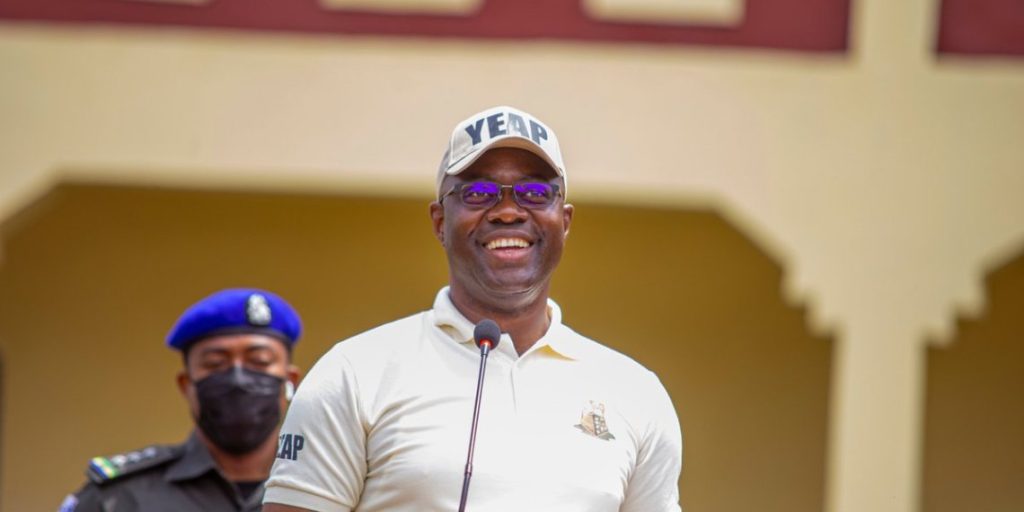 Oyo State Governor, ‘Seyi Makinde, has reacted to a report in the media indicating that his government would not comply with the recent Supreme Court ruling about paying the ousted local government chairmen, saying it is false.

The governor, while stating that such report does not represent the views of his administration, added that the state government needs further clarification regarding who should be paid salaries.

He made this position known, on Tuesday, while delivering a keynote address at the 2021 Governor ‘Seyi Makinde National Democracy Summit themed: ‘The Future of Democracy in Nigeria’, at the International Conference Centre of the University of Ibadan, Ibadan.

Makinde further noted that the 68 chairpersons who went to court are not recognised under the law, because the number of local government areas belonging to Oyo State in the constitution of the country are listed as 33.

He, therefore, said the former council chairpersons might have to approach the apex court again to determine which of them should be paid.

Makinde said: “Let me use this opportunity to talk about a report that I read in a newspaper, saying that the Oyo State Government would not obey the court order about paying the ousted Local Government Chairmen. This is a false report and it is not representative of the views of our administration.

“Of course, I discussed with the Honourable Attorney General and he asked me not to worry because we have to file affidavit of compliance before the Supreme Court.

“So, what I said was that we need further clarification regarding who should be paid salaries. The 68 persons who went to court are not recognised under the law, because the number of LG belonging to Oyo State is in the constitution of the country and they are listed as 33. When we go for JAC, they only pay us the money for the 33 LGAs. So, I believe, at the end, when they file the affidavit of compliance, the Supreme Court needs to clarify whether its decision is restricted to paying only the 33, which I will promptly pay.

“Of course, this is the beauty of democracy; the ability to have civil conversations over even the thorniest issues, without fear. The right to protest injustice, without fear of being thrown into jail. The right to free speech. True democracy guarantees these rights while the citizens also have responsibilities.”

He concluded that once the Supreme Court makes clarification on paying only the 33 sacked chairmen, “I will promptly pay.”