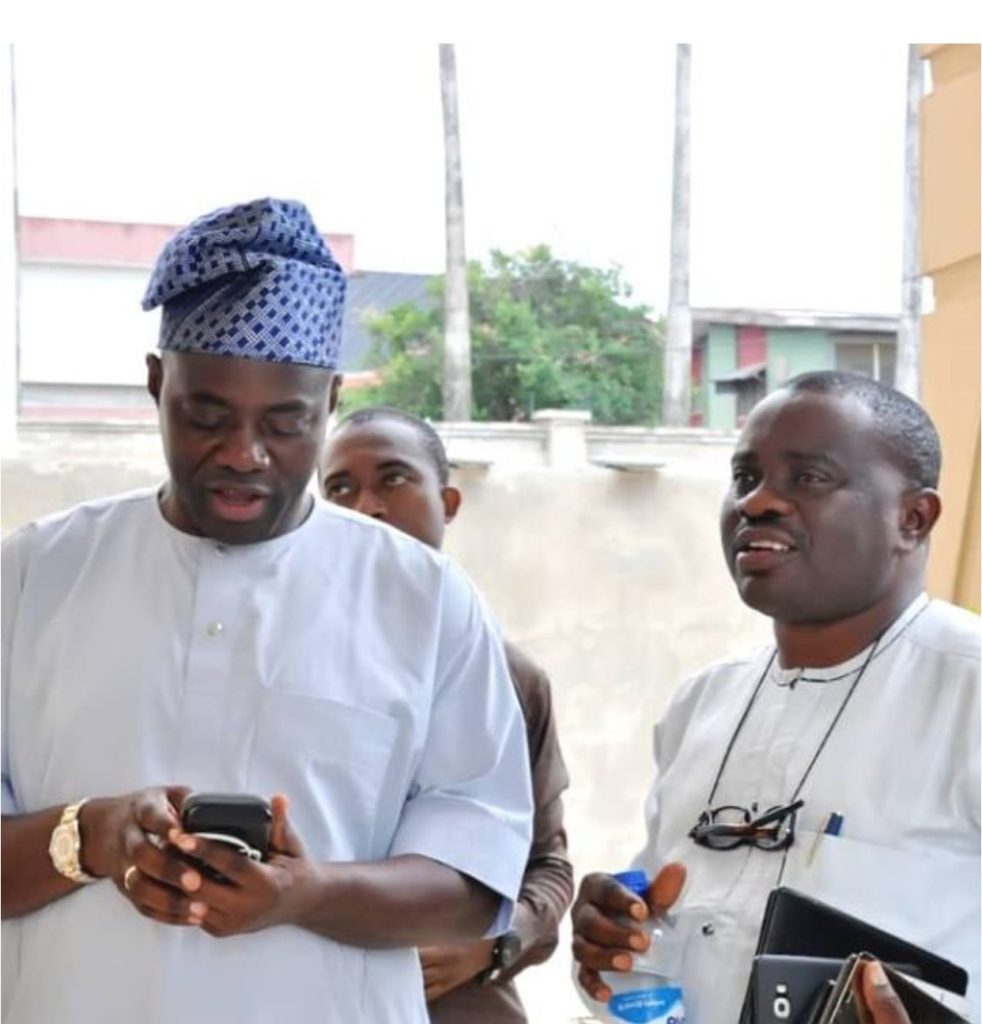 The Chief Press Secretary to the Governor of Oyo State, ‘Seyi Makinde, Mr. Taiwo Adisa, has described attempts by the opposition All Progressives Congress(APC) in the state to politicise the killings in Igangan as wicked and an unruly display of mindless politics.

He also declared that the statement credited to the APC on the killings in Igangan, which attempted to blame Governor Makinde, as a wicked attempt to dance on the grave of the dead.
Adisa, in a statement on Sunday, said that the leadership of the APC in
Oyo State and the country at large, must bury their heads in shame “each time we discuss security matters in Nigeria.”

“We all know the state of security of Nigeria when the APC took over in 2015. We knew that the much talked about insurgency was restricted to three states of the North East, while kidnapping was wiped out from South East.

“Even though the leadership of APC complained loudest against the government of President Goodluck Jonathan at the time, the situation Nigeria found itself under President Buhari’s APC is nothing comparable to the sanity we all enjoyed under Jonathan.
“It is obvious the APC was merely in a power grab mission, without a clue of what is needed to fix Nigeria.

“As we speak, insecurity has been weaponised and decentralised, while all parts of the country have become endangered. Even the President’s own state of Katsina is not spared as the sad incidents of kidnapping and killings continue to happen even during his official visits to the state.

“The APC in Oyo State has zero justification to comment on the security situation in the state, as we all know that the Constitution of Nigeria has completely vested the command and control of security agencies in the President. If the President has refused to use his constitutionally granted power to curb insecurity, why should members of his party attempt to shift the blame to Governor Makinde, who has provided needed logistics for all security agencies in the state, while also setting up homegrown initiatives to tackle insecurity.

“If the APC leaders want to be patriotic, they will call on the leader of their party, President Buhari, to wake up and stop the unwarranted killings across the land: kidnapping of school children and other innocent Nigerians and fix the economy.

“The APC campaigned on three fronts in 2015 and 2019: to fix security, economy and fight corruption.
“Those three areas have only been worsened in the six years of its leadership with live suddenly becoming brutish and short, while Nigeria is fast drifting to a pariah state with the recent ban on Twitter.

“Rather than seek to grandstand and dance on the grave of our innocent compatriots from Igangan, who were hacked down by agents of darkness, the APC should mount the podium in the 33 local governments of Oyo State and apologize for bringing a clueless government that has totally demobilised the nation’s security.

“Finally, the leadership of APC in Oyo State cannot use the Igangan crisis to stage a comeback to reckoning as even the South West APC leaders’ meeting held in Lagos last month did not feature any prominent APC leader from Oyo State.