Ibarapa On My Mind ||By Akeem Olatunji ﻿ 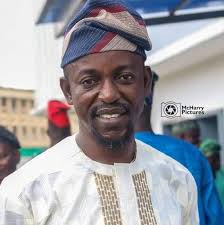 Those Oodua People’s Congress (OPC) arrested for coming to the defense of their people are still in detention of Federal Government, they need and must be released unconditionally.

Arrest of Amotekun members by the Nigerian Police should stop and the kid gloves being used by the Nigerian government to handle banditry, herdsmen crisis, kidnappers and other criminal elements should be decisively dealt with.

We thank God for having Governor Seyi Makinde as the Executive Governor of Oyo State, his proactive nature and scientific approach to security has helped immeasurably in improving the security of Oyo State but without the political will and seriousness on the part of President Buhari led Federal Government it may be an effort in futility.