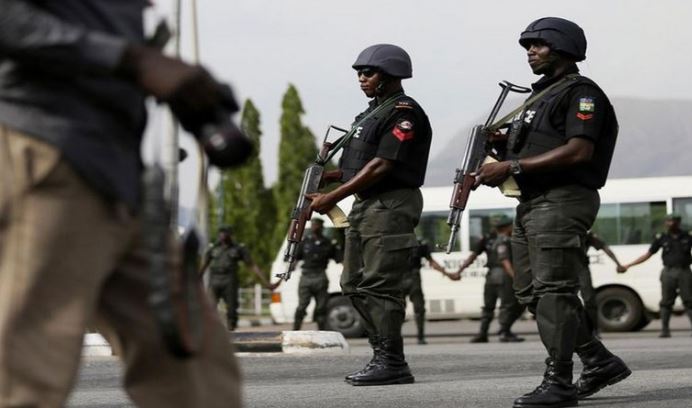 The Police in Oyo State said it is closely monitored and conducting comprehensive investigations to apprehend the perpetrators of devastating Igangan attacks.

The police unit also announced its readiness to arrest the situation and bring the culprits to book.

A statement by the Police Public Relations Officer, Oyo State Command, DSP Wale Osifeso, indicated that
the Police had combed and is still combing the area in search of the culprits.

The team reported that calm has returned to the area while investigations continue in a bid to get to the roots of the matter.

Osifeso, in the statement earlier on Sunday, had stated that the attack took place around 11pm on Saturday, June 5, 2021, adding that some yet to be ascertained number of assailants invaded Igangan town with dangerous weapons “in a bid to create unrest in the town.”
He further said: “The unscrupulous elements were, however, repelled by a combination of Police Operational and tactical assets in concert with local hunters and vigilantes.

“Normalcy has since returned, as on the spot assessment is in process.

“Furthermore, the situation is being closely monitored and comprehensive investigations are ongoing to apprehend the perpetrators,” he said.

On his part, Oyo State Governor, ‘Seyi Makinde, on Sunday, sued for calm following reports of late night attacks on the people of Igangan, in Ibarapa axis of the state on Saturday.

The governor, who was briefed about the situation in the early hours of Sunday, immediately called for calm and peaceful coexistence, as security operatives have been deployed to take control of the area.

In a statement he personally signed, Makinde said that he was shocked to receive the reports of the attacks, urging residents of Ibarapaland to remain calm.

He said: “I am currently being briefed on the incidents. I urge residents to remain calm as security operatives are now in control of the situation.”