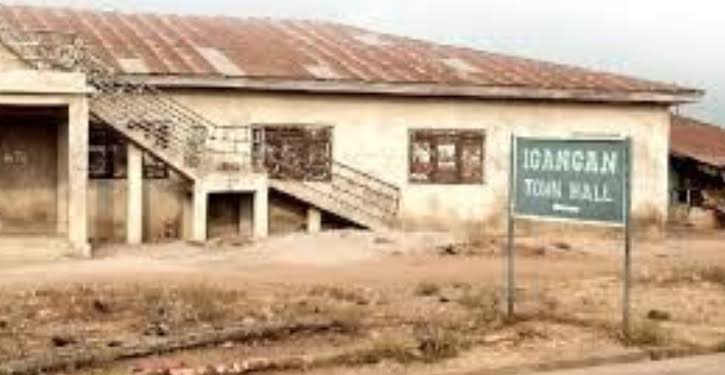 More than 20 people have been allegedly killed in Igangan, one of the towns in Ibarapa North local government, as gunmen opened fire last night.

The Palace of the Asigangan as well as a popular petroleum station were not spared. They were razed by the suspected bandits numbering 50, who were said to have invaded the town around 11 pm in more than 20 motorcycles.

This is coming few days after the chairman Oyo State Security Network codenamed Amotekun Corps, General Kunle Togun (rtd) alleged that foreign Fulanis have encamped the entire Southwest region and may strike if nothing is done urgently.

A former caretaker chairman of the council, Tunji Omolewu, who confirmed the incident to OYOINSIGHT.COM said he had to rush down around 5 am this morning.

”People had barely retired to bed when they said they sighted motorcycles entering the town. Before our people could know what was going on, they had started killing people. I got the call around 11 pm. We were on our way from Ekiti where we had gone to do the Yoruba nation rally. I got to Ibadan around 12 am and when the calls  did not stop coming, I decided to come home. I have counted more than 20 dead bodies. The palace of our monarch was torched. Adolak filling station too was burnt. We are assembled here…” he said, almost breaking down in tears.

A former caretaker chairman of neighbouring Ibarapa Central, Yemi Akinlabi, who is holidaying in the United States, said his phone was bombarded with calls.

”It is so sad. Only few days ago, our people got intelligence report and forwarded it to the appropriate quarters for actions but here we are today. Are we going to continue to live in fear in our land? I have spoken to General Toogun about last night’s incident and we would want him and his team to do something. Our people must not be allowed to resort to self-help,” he added.