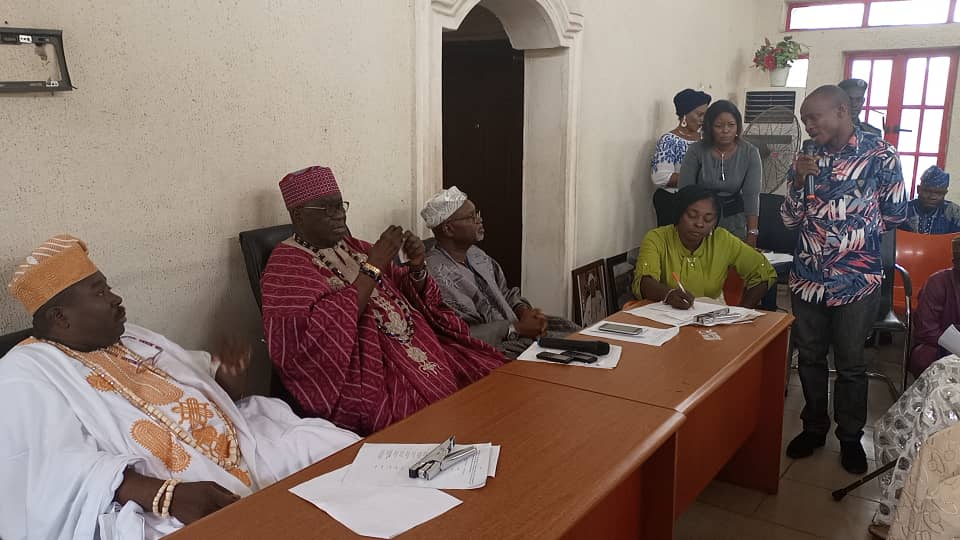 ” We appreciate your gestures, acts of omoluabi, with your visitation. Its shows you are well cultured and mannered and a true son of the soil”. This was the affirmative words from a first class high chief Oba Adebimpe of ibadan land, to hon. Yusuff Sahib Oladayo (Agba Egbe) during his “Thank You” visit to the house of chief at the council Secretariat in ibadan north local government.

High chief Oba Adebimpe, did not missed words as he emphatically told Agba Egbe has fondly called not to forsake nor to be too far from the royal fathers most especially the ibadan north council as he assures Agba Egbe of that their wise counsels can be of greater help that has always helped the success of the government.

Chief Lekan Aare in his remark thanked the council boss for acknowledging at will to the relevance of Cultural heritage and not neglecting our heritage, therefore at all times the chairman and his councillors must represent the cultural heritage of the land at any given opportunity.

Chief Sharafadeen Ali, begged to give more dividends and as well give more portfolios to the grassroots, stating he was talking out of experiencing, as the first democratic elected chairman of the council in other to empower the people more.

He acknowledged the campaign promises made by the Executive Chairman in renovating the primary schools across the local government but advise that more teachers must also be recruited to fill the shortage of teachers and other none teaching staffs.

He concluded by giving his royal blessings and prayers to the newly elected chairman, praying for a successful tenure.

Hon. Yusuff Sahib Oladayo (Agba Egbe) in his response assured the royal fathers of a father and son relationship, noting that he is a respecter of traditional and will never be far away from the traditional chiefs to learn more and seek more wisdom at every given time