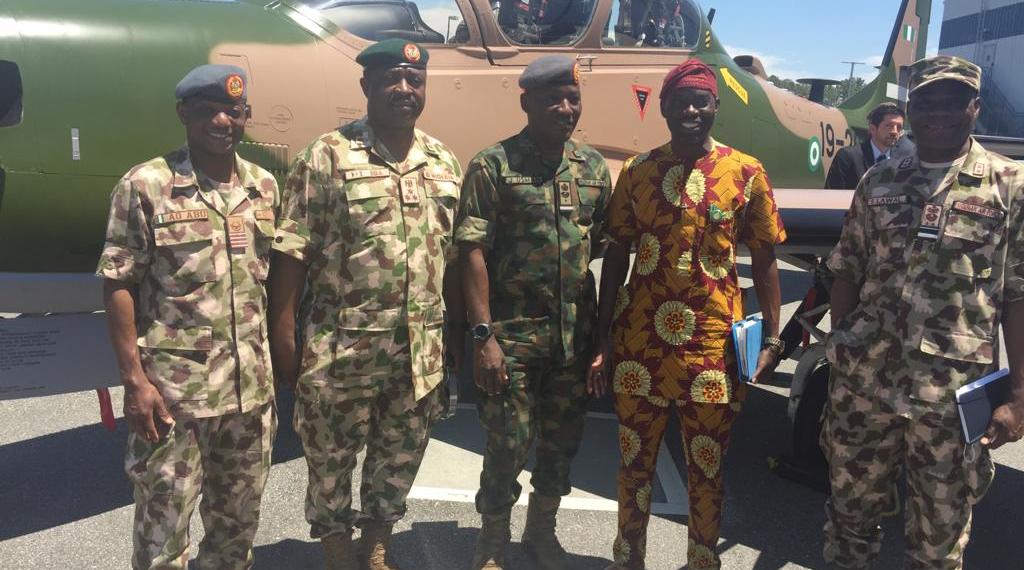 The Vice Chairman, House of Representatives Committee on Air Force, Honourable Abass Adigun, popularly called Agboworin, has expressed confidence that the 12 units of A-29 Super Tucano aircraft ordered by the Federal Government will be the game changer in the battle against insurgency and other criminalities in the country.

Adigun made this known in a statement from Florida, United States where he and four other lawmakers who are member of the National Assembly Joint Committee on Defence and Air Force have just concluded an assessment tour of six of the 12 planes ahead of their delivery to Nigeria in July.

He said with six of the aircraft expected in Nigeria in July and the remaining six expected before the end of October, the military would be further empowered to take the battle against insurgency to the terrorists in their hideouts.

The lawmaker, who retired from the US Navy to join politics in Nigeria, said the aircraft is equipped with state-of-the-art gadgets that enable it to carry out a series of military missions including close air support, intelligence, surveillance and reconnaissance (ISR) and can fly on an unpaved runway, among other capabilities.

He said the delivery of half of the planes in July would bring the Nigeria Air Force (NAF) to number 10 in the list of countries where Super Tucano planes are being used globally.

The team, which was led by Senator Michael Nnachi, representing Ebonyi South Senatorial, was received on arrival in the US last week by officials from Embraer Defence Security Incorporated (EDSI), manufacturers of the Super Tucano aircraft.

The lawmaker, who represents Ibadan North-East/Ibadan South-East Federal Constituency of Oyo State, said Senator Nnachi commended the manufacturers for the quality of work done, but queried why it is taking about four years to deliver the aircraft despite Nigeria making full payment.

According to Adigun, the head of the US Air Force Fighters and Advance Aircraft Directorate, Colonel Authur Ford, explains that the long duration between the payment date and the scheduled delivery date is for the good of Nigeria.

“The Colonel explained to us that the long duration was as a result of the challenged encountered while they were configuring the Tucano aircraft. As a retiree of the US Navy, I know military hardware is not something you pick on the shelf. It takes time. More so, Nigeria gave them a specification that must be met in configuring the fighter plane.

“Ford also assures us that 10 out of the 12 aircraft are ready, while the remaining two are undergoing modification and integration to NAF specific operational configuration. He assures us further that the delivery date won’t change. He said the aircraft would come in handy for Nigeria in its long-running battle against terrorists and criminals, Adigun said.

The lawmaker expressed satisfaction with the progress of work done on the aircraft as well as the quality of the gadgets, assuring Nigerians that insurgents would be rolled back and decimated once the aircraft arrive.

The delegation, which also included Honourables Babajimi Benson from Lagos, Shehu Koko and Abubakar Maki, were first received on arrival at Florida by the Nigerian Defence Attaché to the US, Air Commodore Jibrin Usman, the Lead Foreign Liaison Office on the A-29, Air Vice Marshal Sule Lawal and others.