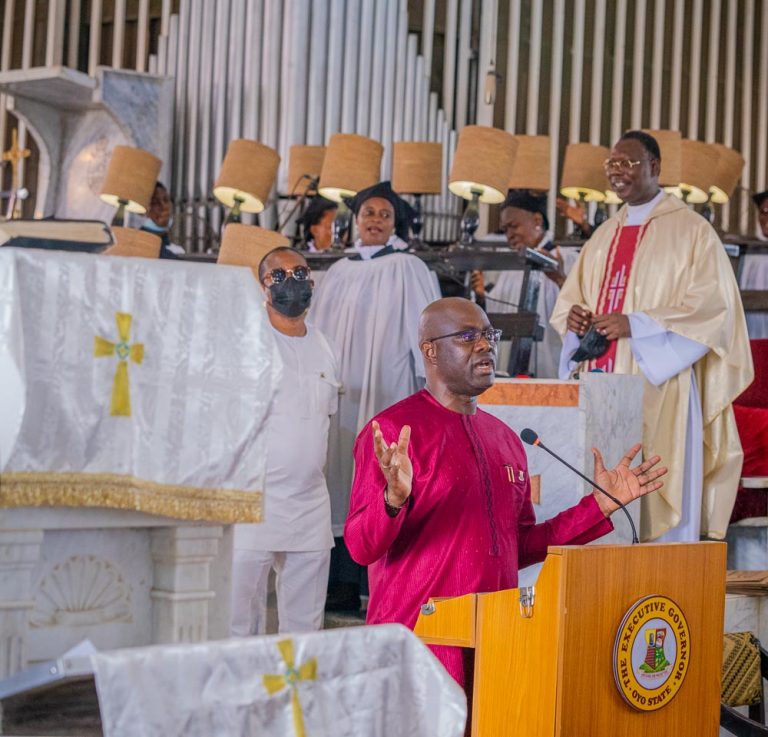 Oyo State Governor, Engr Seyi Makinde has announced that an executive order has been signed for the recruitment of over 500 health personnel in Oyo state.

This is as the Governor said that an additional 2,000 non-teaching staff will be recruited to complement the 5,000 teaching staff recently employed by the state government.

“The major thing that we promised the people of Oyo State was that we will tackle poverty in Oyo state’s society.”

“I am happy to report that, in our main objective to tackle poverty, we are making steady progress.”

“As regards our 4 main objectives which are education, health, economic development, and security, we have been making great progress.”

“On education, we promised the people free and more quality education for students and pupils. I’m happy to report that in the past 2 years, pupils and students in Oyo State do not pay a kobo as school fees. I’m also happy to report that despite the economic crisis in Nigeria, Oyo State employed 5,000 quality teachers for our children and we are in the process of recruiting an additional 2,000 non-teaching staff to join them.”

“Within these two years, the number of out-of-school children in Oyo State reduced by almost 54,000. These 54,000 children are back in classrooms.”

“I pledged that LAUTECH will become fully owned by Oyo state and right now LAUTECH belongs to Oyo State fully.”

“In the health sector, I said that in all the 351 wards in Oyo state, there must be a functional, well-equipped primary health care centre.”

“299 of them are under renovation and remodelling right now and the money to be used for this has been set aside.”

“Last week, I signed the executive order for the recruitment of over 500 health personnel in Oyo state.”

The Governor also spoke about the current insecurity plaguing the country and pledged to do more to combat insecurity in Oyo State. He urged Oyo State residents to report any suspicious activity in their communities to the appropriate authorities and also to dial the state’s toll-free line, 615.

He said, “The provost challenged me right now on the security challenges facing the state. He wants us to do more and we will.”

“But, here is a question I want us all to ruminate on and one which I keep posing to everyone, can we imagine Oyo state without Amotekun? Amotekun is a creation of this administration.”

“We will continue to do more in the area of security but we all have our parts to play in combating insecurity in Oyo State. Anyone that sees anything strange in their environment should report immediately using the toll-free number, 615. It is functional and response is immediate.”

“In the next two to three weeks, we will still provide more equipment to the security agencies to enable them to carry out their duties in a better and more efficient manner.”