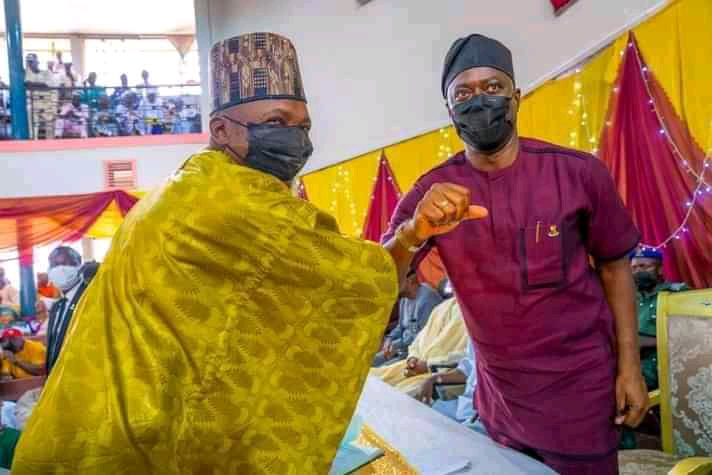 The executive Chairman of Lagelu local government, Oyo State, Hon. Gbadamosi Kazeem Adeyemi has felicitated with His Excellency, Engr. Seyi Makinde, on the occasion of his second year in office.

In a statement made available to Heritageecho.com through the media aide to the executive chairman, Ayo Salami, the chairman affirmed that “We are all proud to realize, that in just two years in service, Oyo State is now sharing the centre-stage of the National economy, alongside other major federating States with highly competitive economy.

He added that “Let me also say, that in this two years of administrative journey, a true art of Statesmanship has been chiefly displayed, and many of our government functionaries and officials have had the opportunity to appreciate the value of hard work, and the importance of keeping the people at the center of policy making.”

As a result of your relentless efforts, as well as the overwhelming commitments and contributions towards the goodness of our dear State (The Pacesetter)— In most laudable terms, we heartily felicitate with Your Excellency, on this special occasion of second year in office, as Chief Security Officer to the people of Oyo State.

“We appreciate You, for being actively engaged, in addressing the socioeconomic challenges of the people of our dear State.”

“For putting Oyo State’s people first at the center of policy making— For turning all of our setbacks into strength, and our perils into possibilities and prospects. These are what we are most grateful for as a people, to the service of Your Excellency in this two years of service to the State.”

‘We as a people in Lagelu Local Government, recognizes the profound and unmatchable achievements of Your Excellency in these two years.”

“It earnestly has been two years of service, with overwhelming achievements.
— And we’re strong in our conviction, that the following years will mark the potential consolidation of our economic growth and development, with Your Excellency.”

Equally, he joined all well wishers within and outside the State, to wish His Excellency, a happy second year celebration of service. While making the assurance of full support as a Local Government, towards the success of the ongoing development administration of Your Excellency.