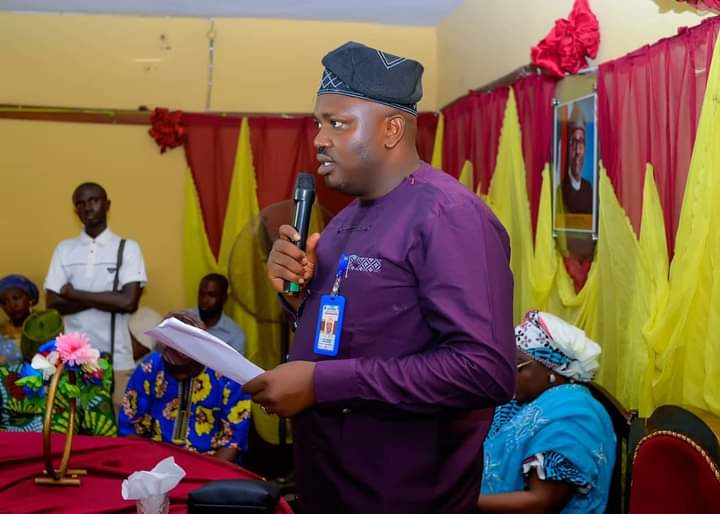 In his remark, the Chairman congratulated the elected Councillors and enjoined them to uphold their constitutional responsibilities and live above board in discharging their duties.

He further used the occasion to thank His Excellency, Engr. Seyi Makinde, for institutionalized good governance in Oyo State. He reminded them of the four cardinal programmes of His Excellency with a view to projecting them in their various wards.

In her advice to the newly elected Councillors, drawing from experience, Senator Monsurat Sunmonu strongly appealed to them to focus on good governance and delivery of good governance to the people in line with the policy thrust of the Governor. She advised them to work together as a team so as to help the Chairman achieve his set goals.

She warned them to desist from any rebellious acts that are capable of destabilising the government. She also informed them that when she was the Speaker, she and other members eschewed politics of bitterness and shunned partisan affiliations to work as a team with the Executive. She advised them to tow the same line.

The PDP Southwest Leader, Elder Ademola Santos, in his response, thanked God for HIS divine favour on the PDP in Oyo State. He thanked Governor Seyi Makinde for making things happening positively for PDP in Oyo State. He also advised the newly elected Councillors to work assiduously for the progress of Oyo East Local Government.

The oath of office was later administered on the Councillors by the Director of Administration and General Services, which was preceded by the inauguration of the Vice Chairman, Hon. Bamise Alabi.

In his acceptance speech, the newly elected Leader, after being decorated and given the paraphernalia of office, thanked all and his colleagues for choosing him. He vowed to uphold the dignity of the legislative arm and work harmoniously with the Executive arm to deliver the good governance being expected by the electorate.

The Director – General of the Campaign Team, Alhaji Akin Salaam Ejalonibu advised them to be conscious of their constitutional responsibilities and should not be power – drunk in handling issues. He warned them of personal aggrandisement and any other behaviour that may be inimical to the corporate image of the Local Government.