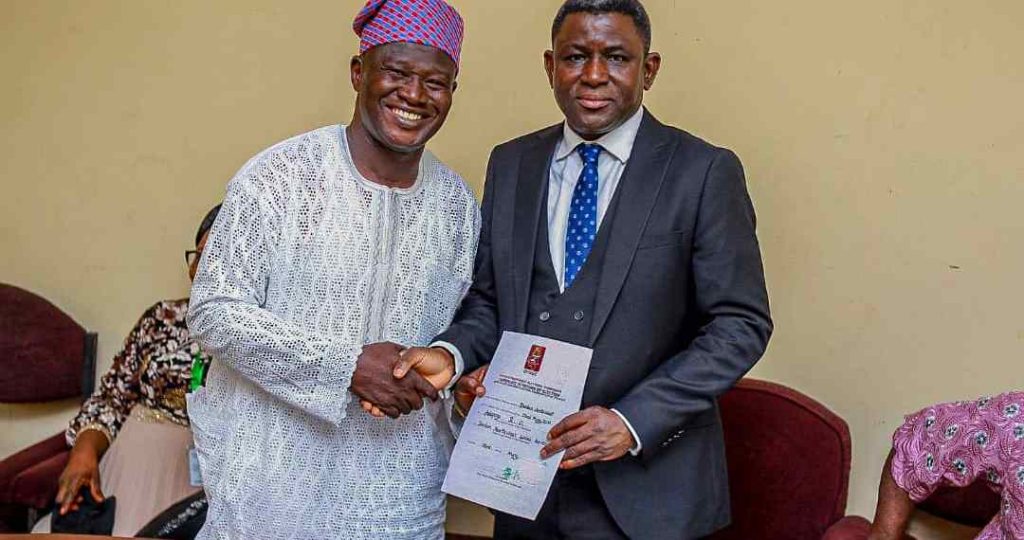 The Chairman of the Oyo State Independent Electoral Commission (OYSIEC), Aare Isiaka Olagunju, SAN, on Monday presented Certificates of Return to the newly elected chairmen of 32 local government areas in the state.

Speaking shortly after the presentation of the certificates, the Commission’s boss charged the chairmen not to disappoint the people who have vested in them the power to oversee the affairs of the local councils.

He also tasked them to ensure they fulfill the promises they made to the people during their campaigns.

Olagunju said: “They have campaigned vigorously in the nooks and cranny of their local government areas and have now emerged as Chairmen. They should see themselves as servants of the people.

“I told them that now that they are elected, they should not make themselves inaccessible to the people who voted them. They must try as much as possible to remember their promises and fulfill them.”