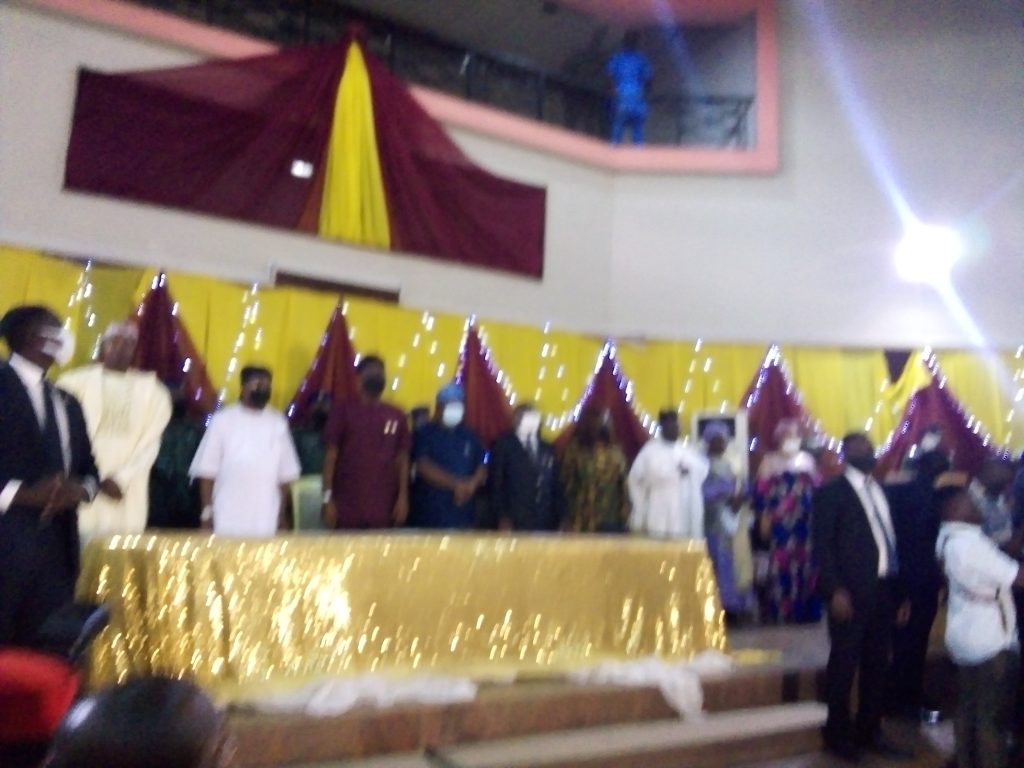 Governor Seyi Makinde, who presided over the swearing-in at the house of chiefs, secretariat, Ibadan, Congratulated the Chairmen and the good people of the state for being part of the epoch-making event.

He however reminded them of the expectations of people of the state,
noting that they were earnestly yearning for development and quick delivery of dividends of democracy by replicating the good governance from the state level to the nooks and cranies of the state.

Governor makinde further affirmed that the local government election process free and fair and was conducted inline with the constitution of the federal republic of Nigeria.

The Oyo State Independent
Electoral Commission (OYSIEC) had on Monday morning gave certificate of return to the 32 elected council chairmen, remaining Ido Local government, Which election was shifted to May 29, due to the omission of Zenith Labour Party (ZLP) logo in the ballot paper. His words:

“I want to congratulate all the elected chairmen and vice-chairmen of the 33 local government areas in Oyo State less one and the remaining one will also be sworn in soon because we have been informed that the Ido LG election was rescheduled because ZLP was omitted on the ballot papers.

“The process was free, fair, and in line with the constitution of the Federal Republic of Nigeria. As you may know, the constitution only allows for the election of officials into the 33 LG areas of the state. Also, the constitution provides that all registered political parties, who field candidates can stand to be elected. As for those who did not field their candidates, it is their problem, not ours.

“So, having allowed all parties to field candidates, the OYSIEC has conducted this election and has declared and given Certificate of Return to all the 32 candidates here that are winners in their respective LG areas.

“You have been vested with power now. The Chief Judge sworn you in and I am also supporting you. So, there is nobody that can remove you again. Even, as the Executive Governor of Oyo State, I don’t have the power to remove you because it has now become a constitutional process to remove you. You will completely spend the three years you are entitled to.

“To the newly elected and sworn in LG chairmen and chairpersons, let me state that you have the opportunity to deliver good governance to the people of Oyo State. We cannot overemphasise the importance of governance at the grassroots.

“The people of Oyo State must feel your presence by way of development and good governance. Just as they are holding me accountable, they will also hold you accountable.
“My advice to you is to replicate the good governance initiatives, which the people are experiencing at the state level, also at the grassroots level.”