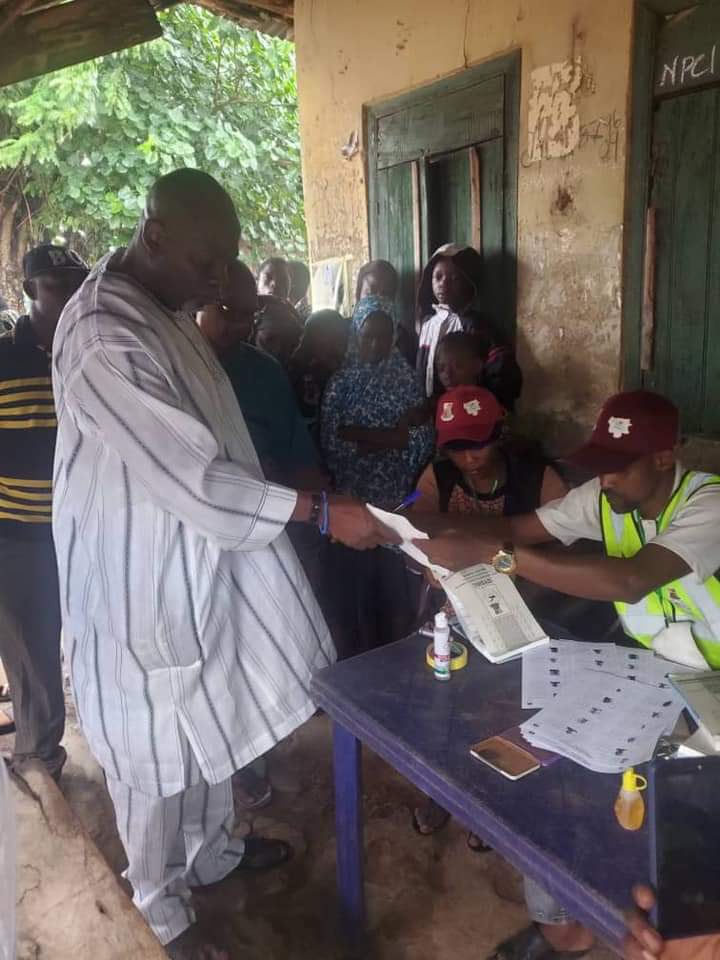 The Chief of Staff to the State Government, Chief Luqman Oyebisi ILAKA performed his Civic Right this morning at his Polling Unit in Apinni Ward of Oyo East Local Government by casting his votes for PDP Councillorship Candidate of his Ward and Chairmanship Candidate respectively.

Ilaka further described the conduct of the election by OYSIEC as Credible and appreciated the electorates for coming out despite the heavy downpour in the early hours of the day.

Meanwhile, the Commissioner for Environment and Natural Resources, Dr Oyeleke AbdulLateef Idowu, also casted his vote at Baago Unit of Basorun Ward 04, Atiba Local Government and addressed the electorates to be peaceful and orderly throughout the process of today’s Election.

He used the opportunity to access the conduct of the Election by the OYSIEC as free and fair. He assured the residents that, his Agency will work closely with the people at the Local Governments to be Elected today and that will help us in bringing the needed facilities to the grassroots.