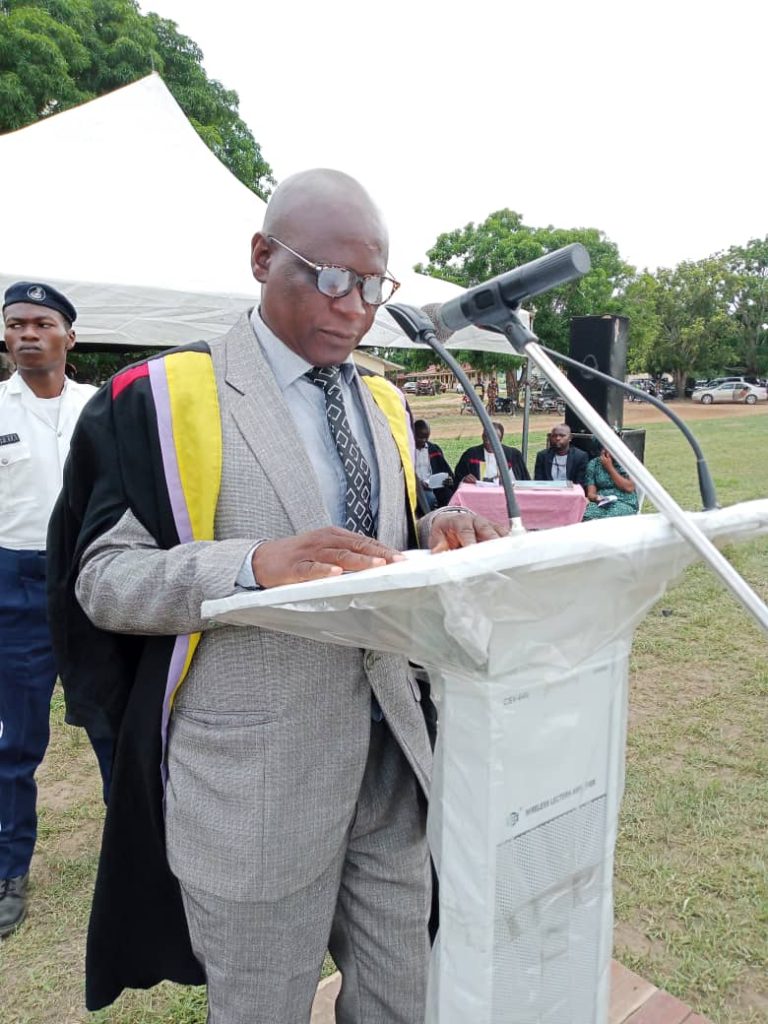 The Acting Provost of the Oyo State College of Education, Lanlate, Mr. Michael Olukayode Falade has told the newly admitted students of the college who were matriculated on Thursday, that the management of the college placed a high priority on the welfare of the students.

Addressing the matriculating students, Mr. Falade said the college has carved a niche for itself as a college of education which was known for peace and academic excellence.

Stating that the college has much concern for the well being of the students, hence, the efforts of the college Governing Council and Management in making the environment conducive for learning. He further advised them to reflect on the words of the matriculation oath which he said was a covenant by which they would be held responsible in case of any breach of the oath they have taken and signed.

While expressing appreciation to the Oyo State Government under the able leadership of His Excellency, Engr. Seyi Abiodun Makinde for his unflinching support particularly in the areas of academic support and grants in completion of the building for School of Education, he emphasised that the college looked forward to more grants toward the completion of the College Central Library and many other projects as the college looked forward to accreditation exercise in October this year.

He also appreciated the support and efforts of the College Council headed by Group Captain Dr. Bisi Ojebola (rtd) and the College Union leaders for their understanding and patience, not forgetting to also appreciate the Lanlate community for their cooperation and hospitality at all times.

It was on this note that the Acting Provost congratulated the matriculants and their sponsors. He reminded them to ensure all prescribed fees are paid to avoid late penalty.