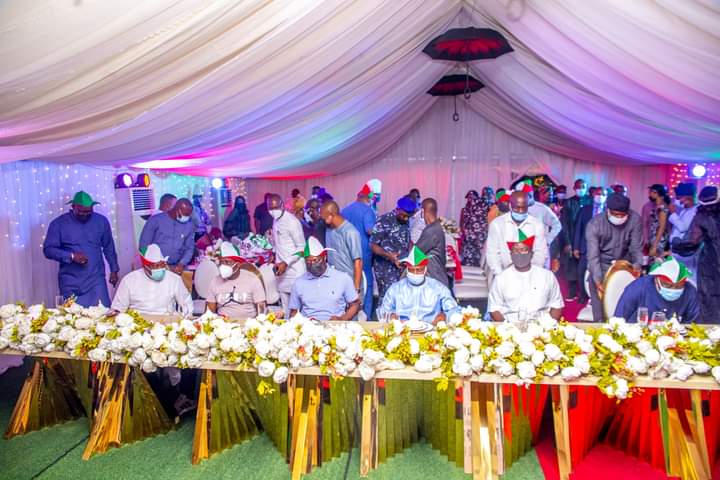 Governors elected on the platform of the Peoples Democratic Party have arrived in Ibadan for a meeting.

We are meeting in Ibadan tomorrow, as members of the PDP Governors’ Forum, to discuss party issues as well as issues of national importance including security and the economy.”

A statement signed by the Director General of the Forum, Cyril ‘CID’ Maduabum, had noted that the meeting will be presided over by its chairman and governor of Sokoto state, Tambuwal.

The gathering, the statement stressed, will further avail governors elected on the platform of the PDP to review the state of the nation especially issues of national security and the economy, as well as “fine-tune strategies to support PDP as a viable and necessary alternative to the ruling All Progressives Congress, APC-led administration.”

PDP National chairman, Prince Uche Secondus, chairman of the Board of Trustees of the party, Senator Walid Jibrin are expected to address the meeting on the way forward ahead of the 2023 general elections.