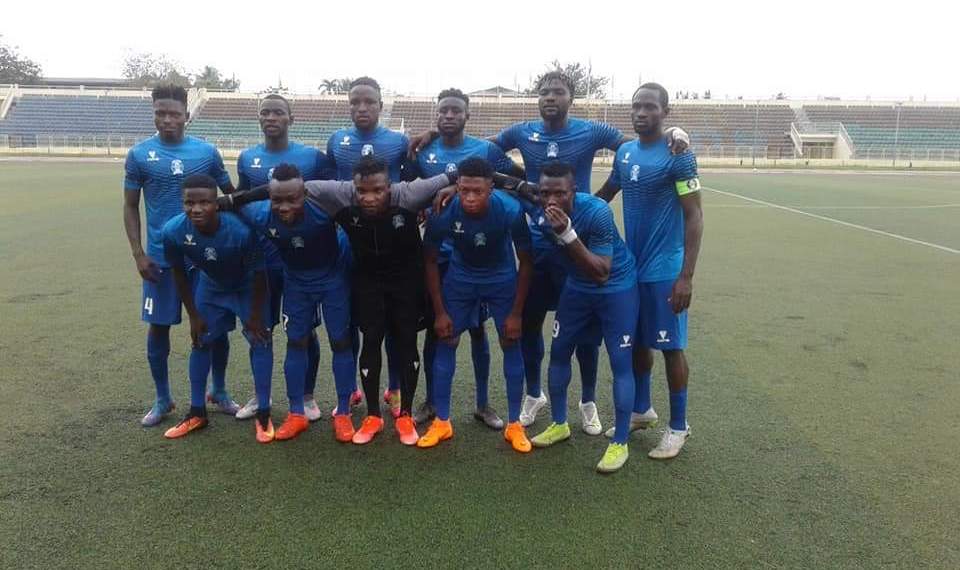 It was payback time as the Oluyole soccer Lord, Shooting Stars Sports Club (3SC) of Ibadan, took their pound of flesh from Nnewi United, beating the visitors 2-1 in a NNL Group B1 matchday fourteen tie.

The Oluyole Warriors did not hide their intention to avenge the 0-1 first round loss to the Anaedo Lions, the only defeat they have suffered so far in the ongoing campaign, as they swooped on the visitors right from the blast of the whistle.

Heritageecho.com report, All their efforts however failed to yield dividends as the visitors defence stood their ground, while goalkeeper Chatta Chisom also made some good saves.

The unrelenting Shooting Stars continued to pile incessant pressure on their opponent and one of the attacks led to a handball inside the box by an Nnewi United defender and the referee wasted no time in awarding a penalty kick to the host.

The game was however held up for 20 minutes as the officials of Nnewi United ordered their boys out of the field in protest of the referee’s decision.

When play eventually resumed, Gafar Olafimihan stepped forward and calmly slotted in the ball, sending goalkeeper Chiisom the wrong way to give 3SC a 1-0 lead into the break.

The Warriors started the second period on a bright note and got rewarded when Malomo Ayodeji slammed home Opeoluwa Olufemi’s pull out to double the homers’ lead.

Not wanting to go down easily, the visitors came out of their shell and took the fight to their host and at that point, it became a more lively contest.
Uzochi Ejilab reduced the tally with a fantastic strike, powering home from a free kick which goalkeeper Okanlawon Laide had no answer for, thus forcing an explosive end of the game as the visitors pushed for the equalizer while 3SC pressed for a killer goal.

Coach Edith Agoye brought in Isiaka Mutiu, Osaghae Junior and Hycient Nwankwegu for Akilu Muhammed, Gbadamosi Fatai and Gafar Olafimihan but the visitors refused to cave in till the referee brought peoceedings to an end, after 90 and three additional minutes.

The win takes the Oluyole Warriors’ point haul to 35, nine ahead of second placed Go Round FC, who have 26 points in their kitty.

The Ibadan soccer lords next travel to Abeokuta for a matchday 15 fixture against relegation haunted FC Nilayo.