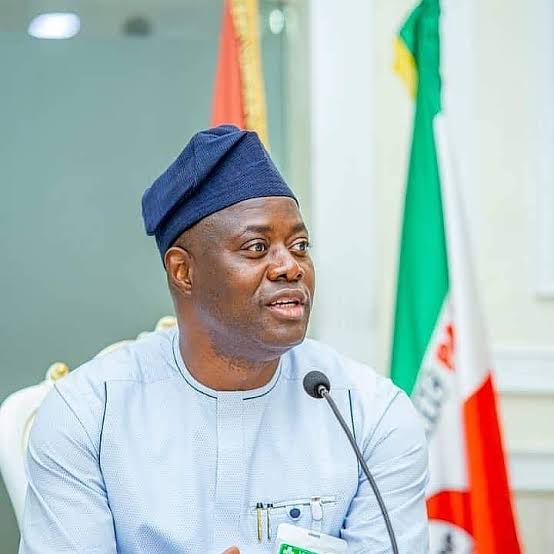 It’s been a tough and hectic scene for weeks now as it comes and goes so quickly, especially when one is busy with GOVERNANCE!

In the last few weeks, Gov Seyi Makinde has been dealing with issues bordering on Oyo State’s security, and some have criticized his stand in many parts for nebulous reasons. Some people even labelled him “AN AFONJA INCARNATE”, a reference to the perception that He is a betrayer of His people despite their loyalty, trust, labour, commitment, and sacrifices towards his ambition becoming a reality.

This is why he said, “He is open to constructive criticisms and not Destructive, instead of crucifying our administration based on interest, ethnicity or religion colouration, call me to order where I have made any mistake for immediate adjustment”

He said and I quote, “When I was younger, my peers gave me the alias “Makinson” or “Mankind.” I earned this title because I was quite liberal with my resources and also very accommodating. I see people first as human beings and will not make enemies of anyone by association.”

Even as He grew older, He was very consistent in maintaining His excellent disposition towards people. From the horse’s mouth, Makinde says: “I do not treat anyone differently because of their race, gender, religion, social standing or political affiliation”.

Interestingly, I remembered when Gov Seyi Makinde gave out a contract in the first few months of assuming His Office as the Executive Governor of Oyo State, some party members were upset because the people who got the job were from another political party.

But that wasn’t an issue for him. As far as he is concerned, people should be judged by the content of their character. Competence is more important to me than political affiliation he said.

MAKINSON as fondly called then confessed that if He was not known for being tolerant, He could not have become the Executive Governor of Oyo State. It would have been almost unthinkable to aspire to govern a Muslim-dominated state like Oyo if the people thought of Him as a religious bigot. And this is why He cannot suddenly change who He is just because he wants to please everyone/anyone.

To crown it all, as quoted from the horse’s mouth, “I have taken time to go down memory lane to help us understand that humanity comes above all else. We should not be found among those who stoke up ethnic tensions or seek to punish some people because of where they come from or what they do for a living.”

On a final note, Gov. Seyi Makinde enjoins all to join him in always putting humanity above everything else.