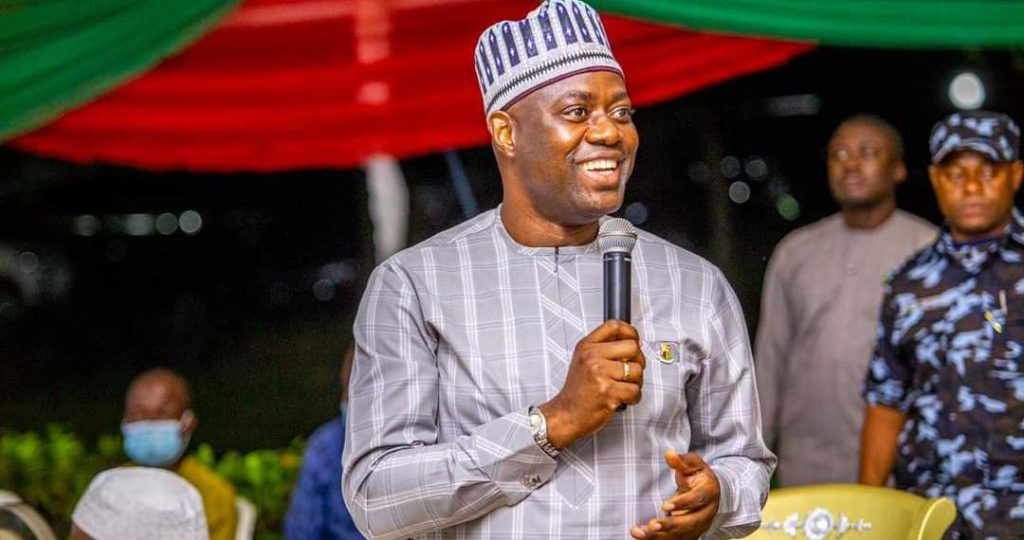 Oyo State Governor, ‘Seyi Makinde, on Wednesday, said he never interfered with the appointments of judges in the state, adding that he only ensured that due process was followed to the letter in the appointments.

The governor, who stated this while hosting the Muslim Ummah in the state at his residence in Ibadan, added that his government has continued to be fair and just to all religions and that he has always ensured that merit and excellence were considered for appointments and recruitments in the state.

A statement by the Chief Press Secretary to the governor, Mr. Taiwo Adisa, quoted the governor as stating that though some elements had been trying to cause confusion along religious lines, they have not been successful because the government has been transparent and fair.

He added that rather than dissipate energy on religious differences, residents of the state should unite to fight the challenges of poverty and hunger, which, according to him, know no religion.

The governor, who charged the Muslim faithful in the state not to listen to those who want to use religion to destabilise the state, stressed that they should rededicate themselves and focus on the development of the state.

He said: “The message for us this morning is to rededicate ourselves and focus on our state and not tolerate those who want to use religion to destabilise our state. Also, in our different positions, let us be fair to everybody. Let us use this period to assist the have-nots and underprivileged.

“We thank God for Oyo State and for allowing the efforts of those who are trying to cause confusion and chaos in this government to always prove abortive.

“Though they come out, talk about all sorts of things, God, in His infinite mercy, has always revealed the truth on time to shame the detractors.

“The latest one is on the issue of the judges. I know we cannot question God on those he decided to call. We just have to accept it that way. I didn’t interfere in the matters of judges but I always like to know those who will be appointed, because of the approval I need to make – to know if due process was followed and that has been my approach.”

The governor equally challenged those alleging that he wrote a letter to block a particular person from being appointed as a judge in the state to produce the letter, adding that his focus has always been on merit, capacity and performance.

“If they say I want to block a particular person, am I God? I was alleged to have written a letter indicating that the appointments of one Muslim and three Christians should be balanced out. We just finished fasting and I am saying before you that when they came to meet me, I insisted that the person that came first in the interview must be included. I didn’t even know if the person was a Christian or a Muslim.

“As a matter of fact, those who know me know I don’t consider religion in my appointments. My focus is always on merit, performance and delivery. So, I challenge anyone that saw such a letter anywhere in the system either from me or the Attorney-General, to bring the letter out. I want to see it.

“When we went for the PDP, South-West Congress, the two powerful positions, which they gave to us – the Zonal Chairmanship and Women Leader slot, were occupied by Muslims and that was the recent thing we have done.

“In building our state, the greatest challenges we have to fight are poverty and hunger because other things are directly under the two. And the two things don’t know religion,” the governor added.

While speaking on behalf of the Muslim faithful, the deputy governor, Engr. Rauf Olaniyan, said that the visit was to greet the governor on the occasion of the completion of the Ramadan fast.

“Though it is still with us, we thank God for being with us in Oyo State,” Olaniyan said.

He equally expressed the appreciation of the Muslim community on the leadership style of the governor, praying that Allah will continue to guide him to rule the state well.

He said: “Also, we want to let you know, on behalf of the Muslim community, that we appreciate your style of leadership and we pray that God will continue to lead you to govern the state right.

“We thank God who has not left you but has been supporting you to steady the ship of the state. It is our joy that you have not failed us and we pray you will not fail.”

The visit had in attendance the PDP South-West Zonal Chairman, Ambassador Taofeek Arapaja, and other government functionaries.