How I Became friends With Adeolu Akande – Kunle Sanni 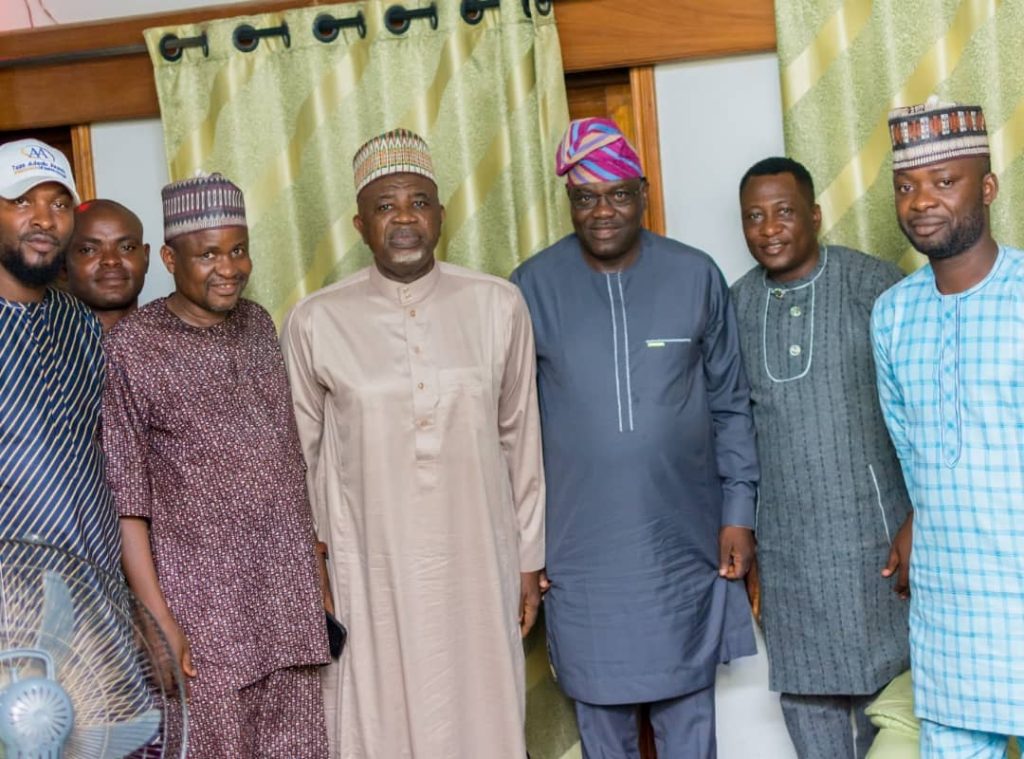 Former Chairman of the Oyo State Muslim Community, Alhaji Kunle Sanni has described the Chairman of the Nigerian Communications Commission(NCC), Professor Adeolu Akande as a Nigerian who believes in cordial relationship between all religions and who also believes in fairness,justice and equity.

Alhaji Kunle Sanni was speaking during his remarks at the end of a  fast breaking visit on him by Professor Akande who was in company with a former Attorney General and Commissioner of Justice in Oyo State, a former member of the Oyo State House of Assembly and five serving and  former local government chairmen in Oyo State.

“I never knew Professor Akande before he became the Chief of Staff to Governor Abiola Ajimobi. I was going to the Governor’s Office repeatedly over some Muslim teachers that were sacked under the previous government and the need for the Ajimobi government to implement the court judgement in their favour that it was wrong to sack them for adorning the hijab as teachers. I had been on  the case for over three months because a Muslim brother who was asked to handle the matter by Governor Ajimobi kept claiming that he could not trace the file

” When Professor Akande asked me what kept me coming to Governor’s Office,I was relunctant to tell him because as a Christian, I feared that he may worsen our case. Eventually, I told him about the matter. He requested me to give him 48 hours to work on it. Within 24 hours, he called me that he had secured the approval for us. I was astonished.

” I took interest in him and everyone I asked about him said that is who he is. Everyone said he is a good man who believes in justice,fairness and equity  who does not discriminate between adherents of different religions. This was why when he called me and said he wanted   to come and break fast with me,I quickly agreed. I felt honoured because even if I am on sick bed,I will gladly host him.

He said Professor Akande was a liberal Chief of Staff who related very well with people of all religions.

“He was a workaholic. No matter how cumbersome the task was, Professor Akande would break it down and deliver ahead of deadline.I can recall when we had to deliver the State position paper  on Constitution Amendments within 24 hours. When everyone felt the time was too short, Professor Akande offered to undertake the task and I was surprised when he called me within hours that the paper was ready. This was even hours before the deadline that many of us thought  was too short. We believe that Professor Akande as governor of Oyo State would perform wonderfully well.

Professor Akande was in company with many associates on the occasion. They included: