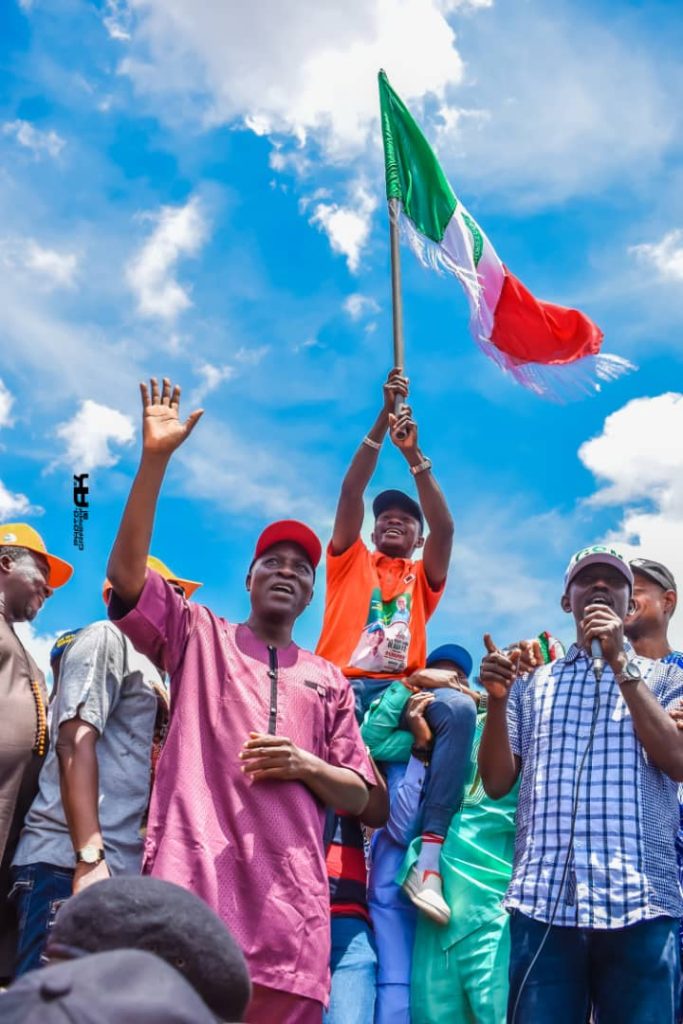 The events were graced with a crowd of supporters, party elders, leaders, ex cos and members of the public. The rally had in attendance the Oyo State Deputy Chairman of the PDP, Hon James Olukunle, the Oyo State PDP Secretary, Hon. Wasiu Adeleke and the oyo state PDP PRO Engr. Akeem Olatunji, who officially presented the party flag to Hon. Yusuff Sahib Oladayo and his deputy Hon. Waheed Biiro as the candidates of PDP Ibadan North in the forthcoming local government elections.

In his words the state party Secretary Hon. Wasui Adeleke said it’s a win-win win for the PDP and urging members of the PDP not to listen to the distractions of the APC simply because they have lost it all by refusing to participate at the coming election … Adeleke Concluded.

Also speaking was the state PRO, Engr. Akeem Olatunji who said he was excited about the fact that the emerged Candidate who will represent the party in person of Hon. Yusuff Shahib Oladayo has been part and parcel of the government of his Excellency Engr. Seyi Makinde, as an active member of the PDP Defender, doubled with a councillorship candidate too. He said he is optimistic that they will meet up with the expectations of the masses.