Makinde Is Trying His Best, Criticise Us Constructively, Don’t Crucify Us – Oyo Deputy Governor To Journalists 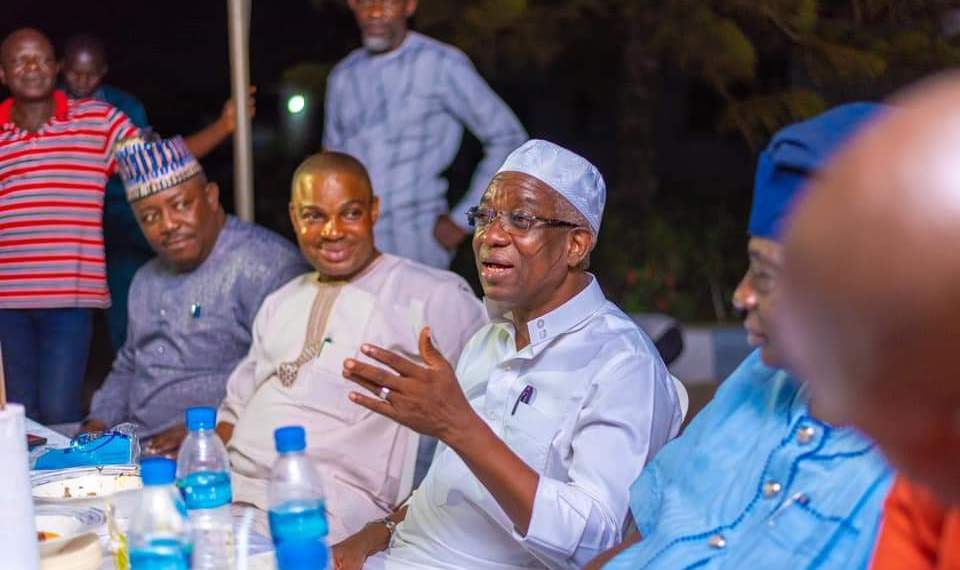 The Oyo State Deputy Governor, Engr. Rauf Olaniyan, has urged journalists in the state to criticise the present administration constructively in case there are any lapses in the government so that amendment can be made, adding that Governor Makinde is trying his best for the betterment of the state.

The deputy governor said this while hosting members of Nigeria Union of Journalists (NUJ), Oyo State Council, led by Comrade Ademola Babalola, to Iftar (fast breaking) ceremony at his residence on Saturday.

His words: “Don’t crucify us, criticise us constructively so that we can make an amendment, many things would have gone wrong if journalists are not available to be the watchdog of the society.”

He, therefore, lauded the effort of journalists towards the betterment of society, saying that journalists as the fourth estate realm, the role is crucial towards nation-building.

He also revealed how the emergence of the present administration in the state led by Governor Seyi Makinde remained a mystery to some people, particularly the opposition parties.

He said: “They told us that we never held any political office before, so it will be difficult for us to win the election, I told them that they are going to see a surprise, and the surprise eventually happened when we won.

“I have been in public service for over 28 years, I have different experiences, and all these experiences I garnered in 28 years have gone beyond politics.”

Earlier in his remark, the Chairman of Oyo NUJ, Comrade Babalola, thanked the deputy governor for his support and kindness toward journalists in the state, saying that Olaniyan remains one of the pillars of the union.